Top 10 Things To Do In Palermo 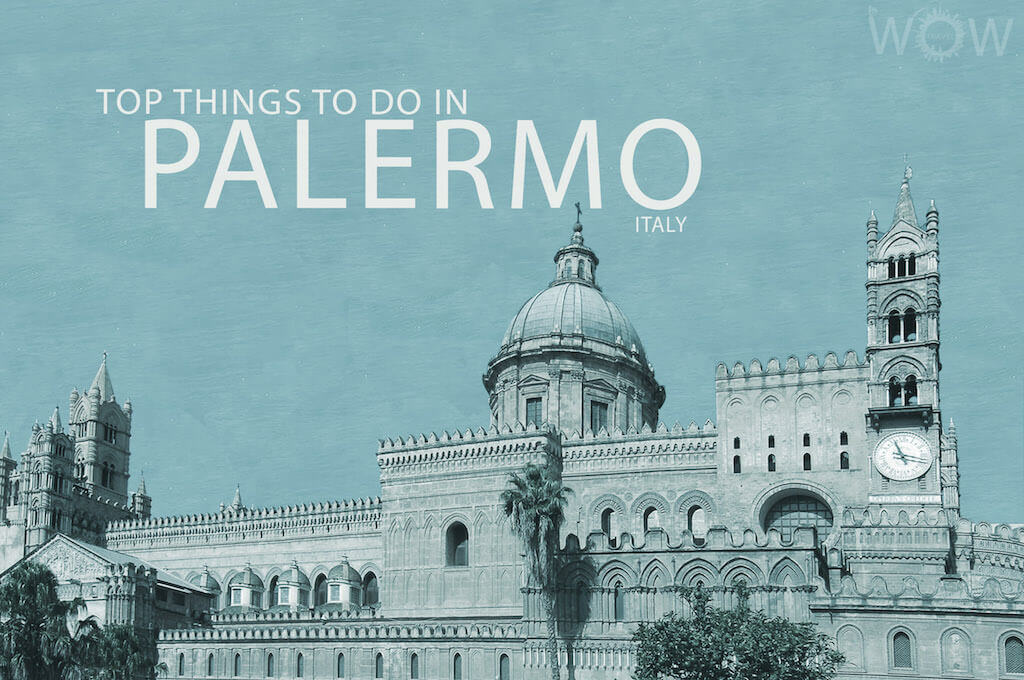 Palermo is the capital of the Italian autonomous region of Sicily and one of the most important cities in the Mediterranean. It is a vibrant, modern city with its very distinct, almost tangible atmosphere. Its large harbor and international airport makes it a popular tourist destination. Though Palermo was severely damaged in World War II, it still is richly endowed with architectural treasures contributed by the different cultures that succeeded in Sicily. From the Ostrogoths to the Byzantines and the Holy Roman Empire. Check out the Top 10 Things To Do In Palermo.

Palermo Cathedral is a fascinating mix of external styles, started in 1185 on the site of an earlier basilica then mosque. It contains additions from the 14th, 15th and houses the tombs of Roger II and the Holy Roman emperors Henry VI and Frederick II.

The Vucciria lies at the heart of the city, within the district of Castellammare, in the port area since the 12th century. The many narrow streets, alleys and squares that are home to the market offer all the flavors and colors of Sicilian cuisine: lemons, fresh and salted sardines, shrimp, sea bream, octopus, cuttlefish, squid, dried tomatoes, olives, green broccoli and, in summer, watermelons and melons. Then there is the typical street food you can eat while walking the streets of the Vucciria, such as the pane ca meusa (bread with spleen), u sfinciuni (a sort of pizza soft), panelle (fritters with chickpea flour) and cazzilli (potato dumplings). The Vucciria is open every morning (except Sundays), until 2 PM.

The Teatro Massimo is Palermo’s dominant opera house and performance hall for ballet. Built between 1875 and 1897 by Giovanni Battista Basile, it was completely refurbished in 1997 for its 100th birthday.

Quattro Canti, officially known as Piazza Vigliena, is a 17th century Baroque square, one of the earlier examples of real urban planning. The curved facades with their fountains and statues reflect the opulence of the city’s golden era.

Built in the 1490s in the Catalonian Gothic style, this palace was bombed during WWII in April 1943. Nowadays it houses the Galleria Regionale della Sicilia, with rich medieval and modern art collections from the Middle Ages to the late Baroque period.

The Palermo Capuchin monastery is known worldwide for its unique catacombs. These catacombs contain the bodies of some 8,000 ecclesiastics and distinguished citizens embalmed by Capuchin friars between the 17th and 20th centuries.

The Norman Palace is the seat of the Regional Assembly. It is the oldest royal residence in Europe, the home of the kings of Sicily and the imperial seat with Frederick II and Conrad IV. The Norman Palace with the Palatine Chapel is inscribed as a UNESCO world heritage site. The Palatine Chapel is the royal chapel of the Norman kings of Kingdom of Sicily situated on the second floor at the center of the Norman Palace. The chapel is a great symbol of multi-cultural cooperation. Craftsmen of three different religious traditions worked alongside each other.

Once upon a time, Palermo was a place where rich people used to pay innovative artists to make the city a batter place (instead of sniffing cocaine on a yacht…). Serpotta was one of those amazing artists who enriched our churches and oratories with his beautiful stucchi. The Serpotta initerary includes Oratorio di Santa Cita, Oratorio di San Lorenzo and Oratorio del Rosario di San Domenico. Source: secretsicily

The Martorana, Church of Santa Maria dell’Ammiraglio, is a small church dating from the 1140s. It is best known for its beautiful 12th-century mosaics alternating between religious scenes and geometric patterns.

Just a 30-minute bus ride from Palermo, Monreale towers over the city and offers panoramic views of the Conca d’Oro (the Golden Shell). The main attraction is the 12th Century Norman-Arab cathedral that has 130 individual mosaic scenes, covering more than 6,000 square meters. Plan time to tour the cloisters and the royal tombs, where Italy’s King William I and II are entombed, along with the heart of King Louis IV of France. Source: italylogue