Top 10 Things To Do In Tromso 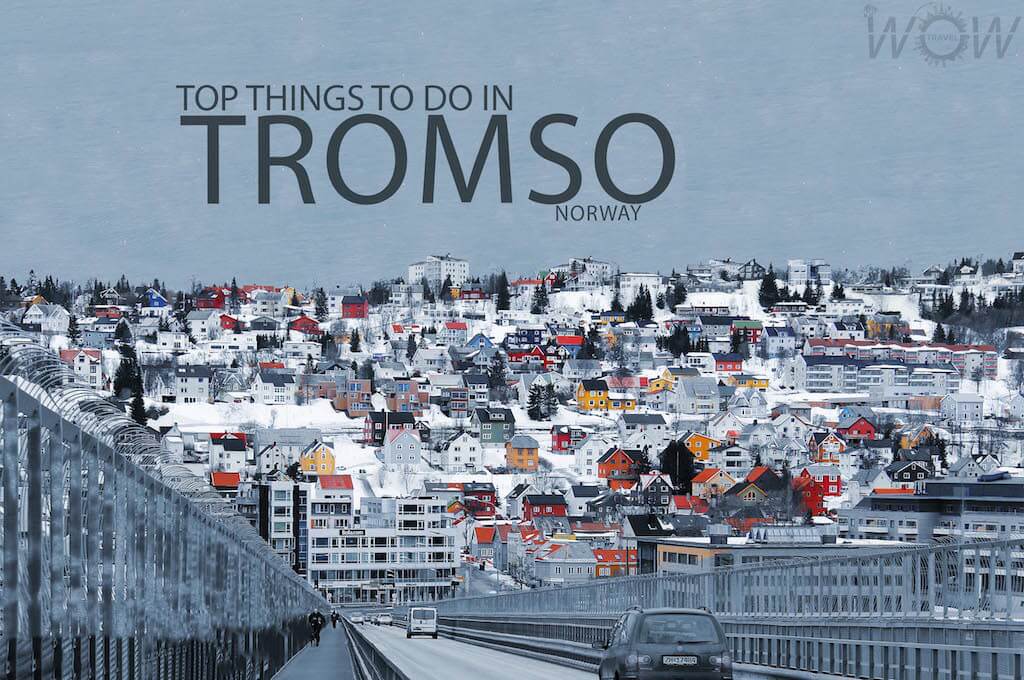 They say Tromso is the entrance to the North Pole but honestly once we spent a couple of hours there we did not want to go further. It may seem like a small village at first but Tromso has developed into a modern city with a diverse, warm and vibrant population from all over Norway, as well as from more than 100 countries around the world. Tromso’s location in the globe attracts tourist, nature lovers, students and scientists alike. It is a city that offers endless activities and adventures from mountain climbing in the Midnight Sun, fishing trips to the fjord or lakes, downhill skiing beneath the spectacular Northern Lights and dog sledding trips to several incredible nearby hills, forests and lakes. Great hotels for all and restaurants for all kinds of tourists, pockets and tastes. This gorgeous polar city awaits for you, winter or summer, there is always something to do or see. The city itself is breathtaking, the center of Tromso has the highest number of old wooden houses in Northern Norway, the oldest house dating from 1789. Take a walk across the Bruvegen bridge to the other side of the city and go up the Storsteinen Mount, 421 meters (1381 ft) above the sea and enjoy the magnificent panoramic view over Tromso and the surrounding islands. Enjoy the The Top 10 Things To Do In Tromso.

A non-profit Science Center located at the world’s northernmost university, University of Tromsø, with plenty of educational, fun and interactive activities for children of all ages. Visit Norway’s largest planetarium with all-dome full-digital film screenings every day. “Experience the Aurora” is a planetarium movie in which a lot of the Northern Lights footage is from the Tromsø region.

Elverhøy Church is a parish church. The church is part of the Elverhøy parish in the Tromsø arch-deanery in the Diocese of Nord-Hålogaland. The red wooden church seats about 435 people.

“The world’s northernmost botanical gardens contain Arctic and Alpine plants from all corners of the globe, many of them too heat-sensitive to grow in any other botanical garden. Blue poppies from the Himalayas, lewisias from the Rockies, local primroses and a selection of traditional medicinal plants are among the highlights.” Source: VisitNorway

As the world’s most northernly aquarium where the main attractions are the bearded seals, Polaria offers an Arctic-themed experience and is located right outside the city center.

The center of Tromsø features the largest collection of historical wooden houses north of Trondheim, and is home to one of the most important concentrations of Empire houses in Norway. Storgata is Tromsø’s main pedestrian street, and it is a treasure trove of different shops selling local and international products.

Aurora Polaris (polar light) is a physical phenomenon that occurs when solar storms are stronger than usual, sending charged particles towards the Earth. The particles are electrons and protons that form light when they collide with gases in the Earth’s atmosphere. Tromso can offer some of the highest levels of northern lights activity on earth and some people say it is the world’s best place for a Northern Lights Tour. It is possible to see the Northern Light from September to March. The best way to catch the northern lights is by sailing. You would need to get away from the city lights to have a better view of the northern lights. We’ve tried this northern lights sailing tour in Tromso and have great sightseeing. Definitely recommend to book in advance cause slots get filled up quickly. There’s no better way to enjoy the northern lights than on a boat holding a cup of tea.

The bridge connects Tromsdalen on the mainland and the island Tromsøya, it was built in 1960 with a total length of 1000 meter (3,327 feet). There is one track for the cars in each direction and at both sides there is a separate path for pedestrians as well.

Take the cable car to the top of Mount Storsteinen and get this insane breathtaking panoramic views over Tromso at 420 meters (1,380 ft) above sea level.

The Arctic Cathedral stands proud at the end of Tromsø bridge, clearly visible from the centre of the town, set against the background of the 1238 metre Tromsdalstind peak. It is actually called “Tromsdalen Church”, and serves as the parish church for mainland Tromsø. However, on account of its striking shape and daring architecture, the church became known as Ishavskatedralen (The Arctic Cathedral) as soon as it was opened in 1965. Source: nordnorge.com

Dog sledding is a must while you visit Tromso. We recommend you taking this dog sledding tour. It’s a fascinating tour to explore the wild nature of Tromso while having fun with friends and family. Easily accessible to everyone, it should be on your must-do list.