Top 12 Things To Do In Nuremberg 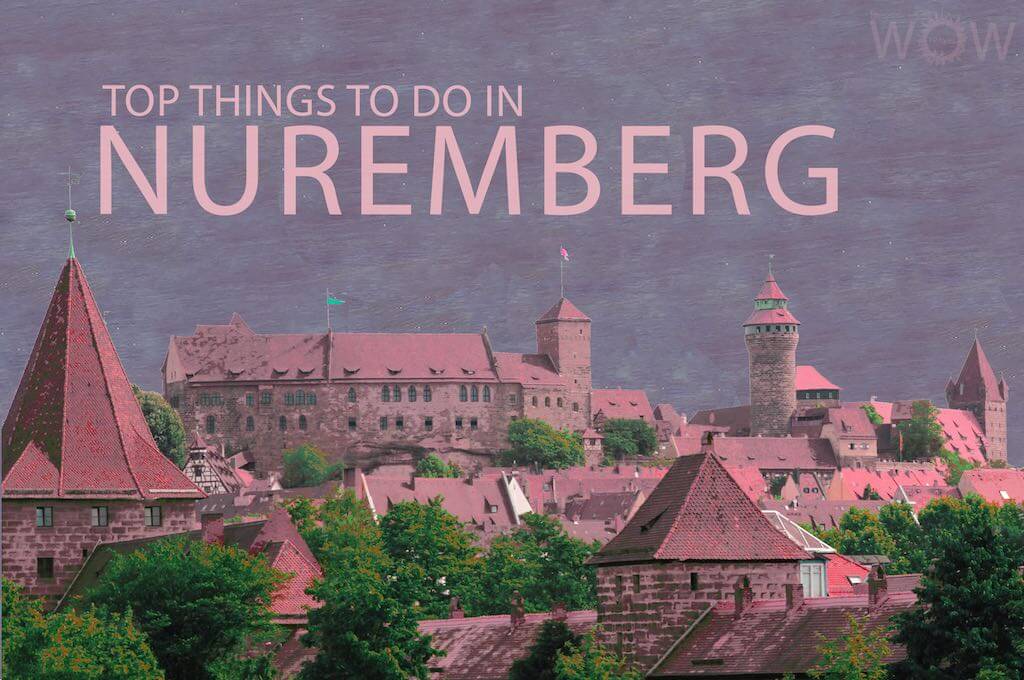 The ancient city of Nuremberg happens to be an important center for arts as well as culture. This city has associated itself with a number of advancements in science and technology – specifically in printing as it became home to the very first printing press of Europe. There are a number of beautiful attractions within the city which are surely going to put you in all praises about everything that the city embraces. Here are the top 12 things that you must include in your bucket list to Nuremberg.

This place is one of the most beautiful and medieval wonders of the city. In terms of appearance, it extends to a 19-meter Gothic fountain on the edge of the main market square. This fountain is believed to be crafted in 1385-1396. It was designed resembling a Gothic church spire. There are 40 polychrome figures on to all the four levels of the building, all of which evoke the beautiful worldview of the Holy Roman Empire. On the bottom are the statues representing philosophy as well as seven liberal arts and on the top sits Moses as well as seven prophets. Can’t get enough of the view? Stay at one of the 11 Best Hotels in Nuremberg.

The Documentation Center attained its importance as a result of its central location in the German-speaking world and also because of its status in the Holy Roman Empire. There is a hall which is pierced on to its north by a beautiful modern metal-framed glass stake – this is where the exhibition ‘Fascination and Terror’ are exhibited. Explore the Documentation Center by the way of the beautiful eyewitness interviews, photographs and computer graphics exhibited here.

An impressive 351-meter-tall fortification is all about the beautiful cluster of a historic structure. Thus, if you are a connoisseur of history, you are surely going to like this place. This castle is considered to be one of the most important surviving medieval buildings in Europe. Interestingly, it served as a residence of all the legitimate German emperors and kings from 1050 to 1571 respectively. You can join a fun walking tour of Nuremberg Old Town to make the most of your visit to this castle.

This place served as a courtroom where all the elite Nazis were brought to justice. Interestingly, the Nuremberg Trials Memorial is still serving as a working courtroom in the city today. It could be a little tricky for you to visit this place during the weekdays, hence, a tour during the weekends is always recommended. The top floor of this courthouse has been transformed into a museum where you would come across everything appealing to your taste in history.

The beautiful Germanic National Museum is one of the most sought-after places in the city and is considered to be a treasury for the whole German-speaking world. This museum maps down the cultural past of Germany with more than 25,000 exhibits. There are galleries that are made up of the beautiful Nuremberg Charterhouse and the same are endowed with the art that dates back to the ancient period. Explore the beautiful decorative items, scientific instruments, books, toys, armors and much more.

If you look at it from the north side, you will realize that St. Selbadus Church is divided into two halves. The west side includes towers and naves which are very Gothic and Romanesque. The east side is embraced by the hall chancel which was considered to be built around 100 years later of the overall construction. You can view the tomb of Saint Sebald, the patron saint of the city. The tomb also depicts some scenes from his life. This church is a work of art.

Just like the St. Sebaldus Church, this church too was given a hall chancel and today it is considered to be one of the top attractions of the city. St. Lorenz Church is the very first church to become Lutheran. The most important attraction of the church is the beautiful Veit Stoss’ Renaissance carving of the Angelic Salutation. A splendid tabernacle crafted by another eminent sculptor in this church also fascinates a majority of tourists.

The city was the scene of the very first German Railway, hence, a national museum on the same topic is justified. This museum is one of the oldest attractions of the country as it dates back to 1899. There are beautiful and captivating exhibits which include the Nordgau locomotive, King Ludwig II’s royal train, DRG Class SVT 877 of 1930 and many more. Be an audience for the ten-minute demo of the 80-square-meter model railway.

The greatest painter of Germany worked and lived at this beautiful timber-framed townhouse from 1509 to 1528. After his death, Albrecht Durer’s House was titled as a historical document. This house is one of a kind as there are no other instances of the 15th-century house of an artist in the continent. The building suffered good damage in the war, however, the same was later restored and reopened for the tourists.

The beautiful City Walls were first put up in the 1000s and were later modified in the 1500s when they were introduced with a more modern and streamlined appearance. A 4-kilometer part of the Medieval Walls is still standing today where they embrace the beautiful castle to the north along with 67 defensive towers. The parapet of the wall is open to the visitors and it is beautifully covered by a timber-framed roof.

One of the biggest attractions of the city is the amazing Nuremberg Toy Museum which celebrates the status of the city as a traditional toy-making capital of the country. The first three floors of this museum are occupied with pre-war games, toys including magic lanterns, dolls, dollhouses and a model railway of some beautiful proportions. The top floor is entirely dedicated to the toys since 1945. Some of these include Playmobil, Lego, Barbie, etc. There is also an interactive ‘Kids on Top’ zone for the entertainment of your children.

Extending to a total of 70 hectares, Nuremberg Zoo is considered one of the largest zoos in Europe. This one is surely among the best zoos that always introduces some of the newest enclosures. There is a beautifully landscaped environment where you can spot the wild creatures like deer, giraffes, bison, and zebras who have a habitat in a generous and semi-free outdoor area. You can also catch a glimpse of snow leopards as well as maned wolves. The newest attraction of this zoo is a bearded vulture. Call yourself lucky if you happen to spot the wild bird.