Top 5 Things To Do In Azores 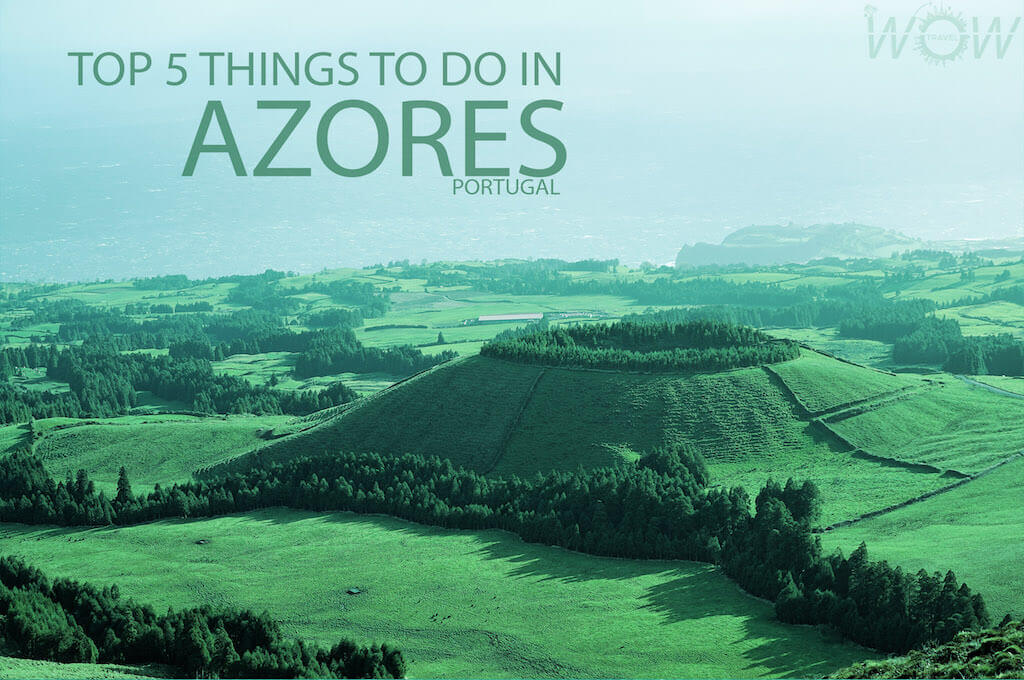 The Azores is at the top of very few lists but that’s because it’s one of Europe’s most unknown treasures. These 9 islands are a beckoning blip in the middle of the Atlantic whose emerald mountains merge into dazzling sandy beaches under a seemingly endless sun. Relaxing natural spas, friendly locals and unforgettable vistas dominate these islands where adventure can be found. Add to your to-do list with this guide to the absolute best of the Azores.

Cool off with a swim in the lakes of Sao Miguel  – This island is the largest and most populated with the Azores. It more than lives up to its nickname of ‘The Green Island’: bright green slopes are dotted with emerald trees and disappear into clear turquoise waters. These islands are a string of volcanoes which means that they are made up with dramatic landscapes that need to be seen to be believed – a cliché I know but bear with me. When we were there we went to Lagoa do Fogo, (the Lagoon of Fire) and with it sitting within a crater atop the Agua de Pau I couldn’t think of a better name. This island has no shortage of natural beauty but this spot may just be my favorite: the clear waters are fringed with dramatic slopes…It’s easy to spend a whole day here so be sure to bring a picnic (we forgot!) 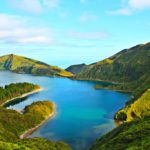 Bathe in the Caldeira Velha (Hot Springs) of Furnas – The Azores is a haven for nature lovers but sometimes it’s nice to switch off. What better way to do so than dipping into one of the island’s numerous hot springs?  As you dip your toe into the water, the first thing that hits you is how warm the water is, I shouldn’t have been surprised, especially as the oasis is surrounded by lush jungle that complete the relaxing scene.

Delve into the Caves of Pico – If the lakes of Sao Miguel are the most beautiful part of visiting a volcanic island, then these caves are certainly the most impressive. As you descend into these striking caves, you’ll walk through a collection of tunnels that have been carved out by lava while your head light bounces off stalactites and stalagmites, lava balls and long rope-shaped strings of lava just waiting to be explored.

Sail into the Atlantic – Ever gone somewhere where you’re guaranteed to see lots of marine life only to spend hours on the ocean with nothing to distract you but the choppy seas? I have. Many times. Sao Miguel proudly proclaims that it is marine marvel & it really is! As you sail out of the mosaic elegance of Ponta Delgada you will find it’s easier than you’d think to spot whole schools of curious dolphins & the more elusive lone whales.

In addition to adventurous terrain, calming springs and powdery beaches fringed with baroque settlements there’s the Azores’ unusual form of cooking to discover.  Volcanic land means fertile land, and fertile land means excellent ingredients that Azorean foodies really know how to use.  A trip to this hidden gem would not be complete without one of these islands’ signature local dishes, ‘Cozido das Furnas’.  The picturesque caldera village of Furnas blends its Portuguese heritage with the area’s natural hot springs and produces a stew that is slow cooked in the ground to create a hearty and tantalizing dish for you to feast on

Want a slice of the action? Sign up to Voyage Privé now and get up to 70% off adventure breaks

The following is a guest post by Charlotte Black, Editor at Voyage Privé