Top 6 Things To Do In Cordoba 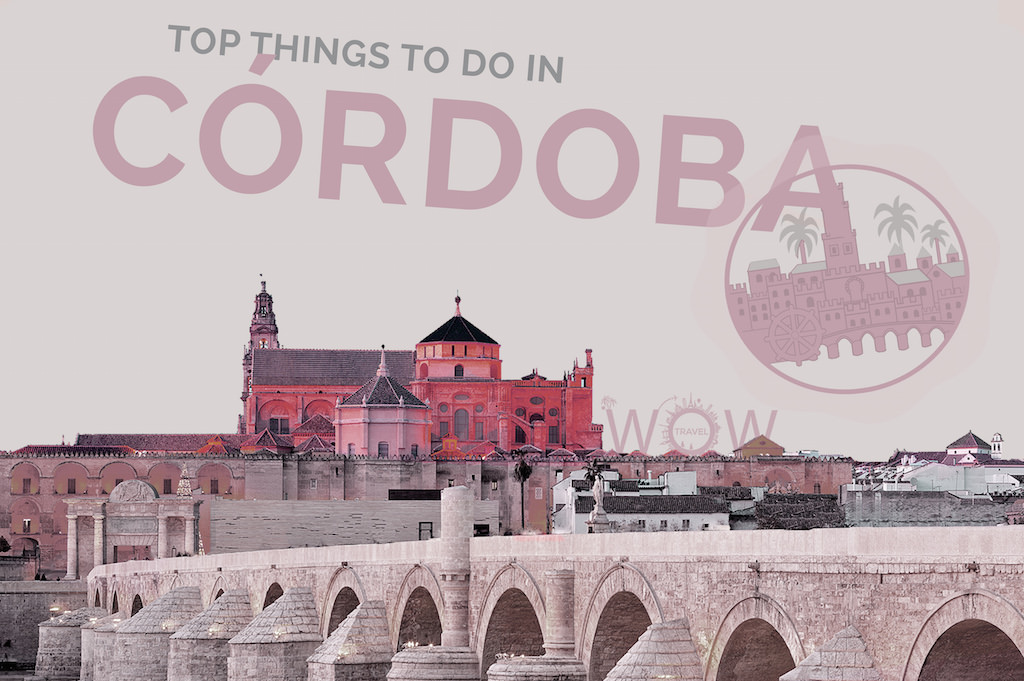 Cordoba is famous for being the proud keeper of one of Andalucia’s three great architectural jewels: the Mezquita. However, Cordoba is more than that. Its rich cultural and religious history attracts millions of visitors every year. Cordoba is one of those places where the past is reflected everywhere you look and it is also in its people and the culture they still cherish. It was, for hundreds of years, a city where people from different religions coexisted in harmony and peace and it is still today one of the most vibrant and most welcoming cities in the world.  Some call it “Constantinople of the Occident” or “Pearl of Moorish Spain”, to us Cordoba is Cordoba, and we invite you to visit, explore, discover and to love it. WOW Travel shares with you the Top 6 Things To Do In Cordoba.

It all started as a Catholic Christian church but when the Muslims conquered Spain in 711, the church was divided into Muslim and Christian until 784. Since its beginnings, the Mosque has been the biggest building of its kind in the western Muslim world. In the 12th century, it returned to the hands of Spain and became a Roman Catholic church. This place is a treasure itself due to the ivory, jasper, porphyry, gold, silver, copper, and brass that were used in the decorations but it also hosts splendid historic artifacts like beautiful ivory crucifixes, portapaces, chalices and ciboria, silverworks and large crucifixes made of precious materials.

The tower is a fortified gate built during the late 12th century by the Almohads to protect the Roman Bridge on the Guadalquivir. The tower was declared a national historical monument in 1931. After Franco’s dictatorship, it became an Army Museum. In 1987 the City of Córdoba, turned the Calahorra Tower into the Living Museum of al-Andalus aiming to display the splendor of Córdoba and al-Andalus between the ninth and twelfth centuries.

The Alcázar of the Christian Monarchs is an ancient fortress which became the residence of the Catholic Monarchs Isabella I of Castile and Ferdinand II of Aragon who met Christopher Columbus in this very same place as he prepared to take his first voyage to the Americas. It is located in the historical center of Córdoba next to the Guadalquivir River and near the Grand Mosque. This fortress keeps within its solid walls much of the architectural evolution of Cordoba.

It is a typical Andalusian street yet it is embellished with beautiful whitewashed houses with hundreds of flower pots that invite all visitors to walk in and admire it. It is within the Juderia or Jewish quarter, very close to the main avenue Velázquez Bosco. This street ends in a small plaza that can make an excellent spot to rest and to take pictures of the main tower of the Mezquita, quite a sight to behold.

The former home of the great Jewish philosopher Maimonides and the mathematician Averroes, it is now one of the most fascinating historical districts in the world. This medieval ghetto takes us back to the time when the Moors ruled most of Spain and Jews prospered. Under the Caliphate of Cordoba in particular, the Jews who lived in Spain enjoyed complete religious and social freedom which interestingly enough helped Cordoba become the cultural capital of Europe for a time.

It has been remodelled several times but it has managed to keep its essence and serves as the main meeting point for Cordoban people and visitors. The main avenues Cruz Conde y Gondomar meet here which makes of this square the most important social and commercial spot of the city.