For hundreds of years the houses of the tiny village of Júzcar in the Spanish province of Andalucía, were whitewashed. Nowadays it is the World’s first Smurf Village. 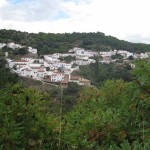 In 2010, Júzcar was chosen by Sony Pictures as the setting for the premiere of their new film “The Smurfs 3D”. Sony Pictures made a terrible movie, but did one good thing. To gain more publicity Sony’s experts came up with an innovative idea to paint the whole village blue. They struck a deal with the town that if they could paint everything blue as a marketing ploy to promote the movie, they would return all painted buildings to their original color (white) right after they are done. 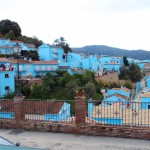 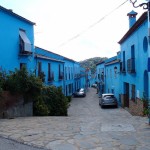 In December 2011, Sony offered to repaint the town white as promised, but as tourist numbers had swollen from 200 to 100,000 in the first six month after painting, the citizens realized that they better leave the buildings painted blue. 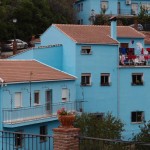 Since that day, the Smurfs have become an industry for the village. Cafes serve blue Smurf spaghetti, gift shops sell Smurf keychains and T-shirts and local people work as police, waiters and staff at the mushroom museum. Up and down the main street, Smurf figures are painted on the buildings and Smurf statues adorn the parks. They even organize special smurf-related kids activities, there is a smurf-market (mercapitufo) and several places that serve smurf-snacks (pitu-tapas). 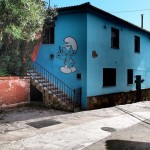 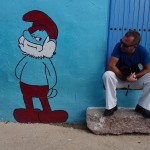 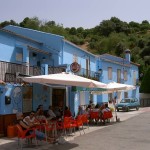 Who would believe that this small village of 250 inhabitants would in fact know how to embrace this marketing opportunity and turn itself into a proper touristic destination. Nevertheless, the village’s makeover doesn’t mean Júzcar has lost its charisma, on the contrary. Life in the Smurfs village flows slowly as it always did, and the narrow windy streets, the blue walls, the gentle locals, the traditions and the serene atmosphere still retain the charm of the Andalucian past, only with a touch of color. 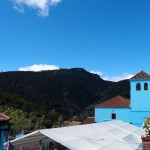 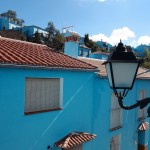 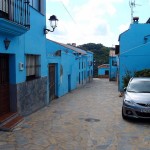