Top 7 Things To Do In Laos 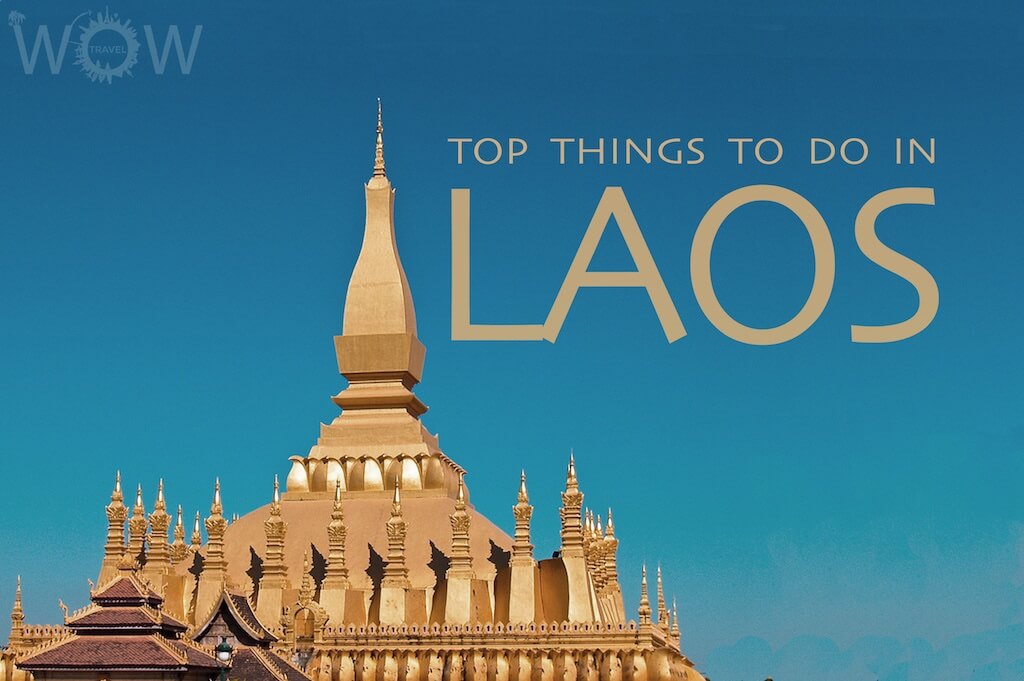 The earliest history of Laos can be traced back in time for more than 10,000 years. Laos is a former French colony and a landlocked country in Southeast Asia, sharing its borders with Myanmar, China, Vietnam, Cambodia, and Thailand. It is a stunningly beautiful country with an interesting history and well-preserved monuments. When looking for authentic Asian culture, look no further, Laos is the place to go. Check out our Top 7 Things To Do In Laos.

Luang Prabang was the ancient royal capital of the Lan Xang Kingdom until King Phothisarat moved the administrative seat to Vientiane in 1545. The most popular city in the country and one of the most charming cities in Asia decorated by golden roofs, french style buildings and wooden houses everywhere located at the confluence of the Nam Khan and Mekong Rivers.

Mekong River is the world’s 12th-longest river and the 7th-longest in Asia. From the Tibetan Plateau the river runs through China’s Yunnan province, Myanmar, Laos, Thailand, Cambodia and Vietnam. The Upper Mekong in Laos is considered one of the most stunning journeys of the entire river. The Mekong River forms a vital transportation route and helps in generating electricity, irrigating crops and fishing. The western border is marked by the mighty Mekong River.

This riverside town is located about a 4 hour north of the capital by bus. Do not let its size fool you, there is lots to do there. The main street is full of hostels, bars, restaurants, cafes, and more. The region is popular for its limestone mountains, unexplored tunnels and caverns which has attracted adventurers for decades.

Buddha Park is a famous park with more than 200 statues including a huge 40 meter (131 ft) high reclining Buddha. It was built in 1958 by Luang Pu Bunleua Sulilat, a monk who studied both Buddhism and Hinduism. This is why his park is full not only of Buddha images but also of Hindu gods as well as demons. The socialist government operates Buddha Park as a tourist attraction and public park.

Pha That Luang is without a doubt one of the most important representative monuments in Laos. It is the country’s national symbol and most sacred monument. It consists of two golden temples surrounded by very high walls which give people the impression of being a fortress. It has several terraces with each level representing a different stage of Buddhist enlightenment.

Wat Si Saket is a temple built in the Siamese style of Buddhist architecture, with a surrounding terrace and an ornate five-tiered roof, rather than in the Lao style. It is known for its housing thousands of tiny Buddha images and rows with hundreds of seated Buddhas made from wood, stone and bronze between the 16th and 19th centuries.

The Plain of Jars is a large area extending around the town of Phonsavan, where huge jars of unknown origin are scattered around the landscape. Tourist considered it the most enigmatic of all Laos attraction. The jars vary in size between 1 and 3 meters (3 and 9 ft) and are all made out of rock. The stone jars are scattered all over the places, sometimes they are in groups sometimes they stand alone.