Top 8 Things To Do In Caracas 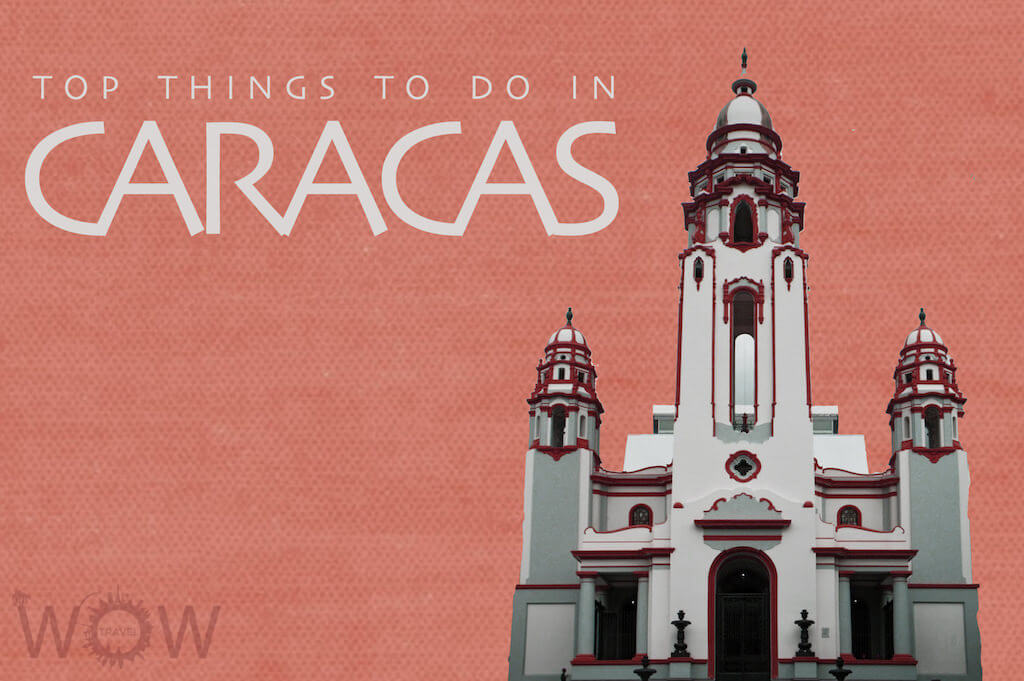 Caracas, the capital of Venezuela, is one of the most dangerous cities in the world, but despite its bad reputation because of the violence and pickpockets, this city has plenty of attractions to deliver to its visitors. It is the political and financial capital of the country and at one point in history, it was a favorite destination for travelers around the world. Nowadays it is a bustling metropolis that offers a plethora of cultural activities, the nightlife will astound you and the arts have also been given some praise. It even has an incredible cable car ride where you can access the mountain and see incredible views of the city. Check out our Top 8 Things To Do In Caracas.

The Ciudad Universitaria de Caracas, a masterpiece of 20th-century urban planning and architecture, is the main campus of the Central University of Venezuela. It was built to the design of the architect Carlos Raúl Villanueva, between 1940 and 1960, is an outstanding example of the Modern Movement in architecture. The university campus integrates the large number of buildings and functions into a clearly articulated ensemble, including masterpieces of modern architecture and visual arts, such as the Aula Magna with the “Clouds” of Alexander Calder, the Olympic Stadium, and the Covered Plaza. Source: UNESCO

Take the cable car up to the top of Mt Avila for spectacular views at 1000 meters (328 ft) above the city. It is an enjoyable ride that lets you look out over the entire city as well as the beautiful beaches and glorious Caribbean Sea beyond. Teleferico is also called cable car Caracas Warairarepano. It was inaugurated by General Marcos Perez Jimenez in April 1956. The attractions on top include a small skating rink and a well-known fondue restaurant.

The Panthéon is a building on the northern edge of the old town of Caracas. It was originally built as a church, but is now used as a famous burial place. The entire central nave is dedicated to Simón Bolívar, with the altar’s place taken by the hero’s bronze sarcophagus, while lesser luminaries are relegated to the aisles. The national pantheon’s vault is covered with 1930s paintings depicting scenes from Bolívar’s life, and the huge crystal chandelier glittering overhead was installed in 1883 on the centennial of his birth. Source: touristlink

One of the quintessential Caracas Venezuela attractions showcasing Old World colonial style architecture, magnificent Simon Bolivar statue and wonderful Museo Bolivariano paying a tribute to military glories of Bolivar War, personal objects, important documents and coffins of country’s great heroes. Do not miss paying a visit to the house where Bolivar was born, La Casa Natal de Bolivar where you will see renovated rooms with extensive artwork, furniture and memorabilia. The Catedral, Palacio de Gobierno and Palacio Municipal are located on the sides of the plaza. Source: traveladvisortips

Located on the west of Plaza Bolivar, this is the 17th century balconied building named as the Yellow House. At first it was a royal prison and after the independence, it was restored with lemon yellow paint and was made the presidential residence.

Below the “Cota 1000”, a highway that stands between Caracas and the Avila, you will find this beautiful park with water falls and a flavor of tropical rain forest.

Located south of the Capitolio Nacional, this church is here since 1570s after which it has undergone rejuvenation during the 17th and 18th centuries. The neoclassical facade on the church is simply amazing along with its well-preserved colonial interior. Source: selfgrowth

A quaint and charming neighborhood, this is an excellent place to take a wander and simply soak up the sights and the atmosphere. Take a stroll during the day around this old colonial town that has been well kept to look as it once did. A number of cute shops can be found inside former colonial-era homes and there are also several great restaurants and cafes. Source: travellingcheaply

Botanical Gardens are just in 10 minutes walk west on the tough roads from Sabana Grande. The garden welcomes you together with the plants from all over the globe, the interlacing trees, swathed vines, and singing birds. Source: selfgrowth