Top 6 Things To Do In Paraguay 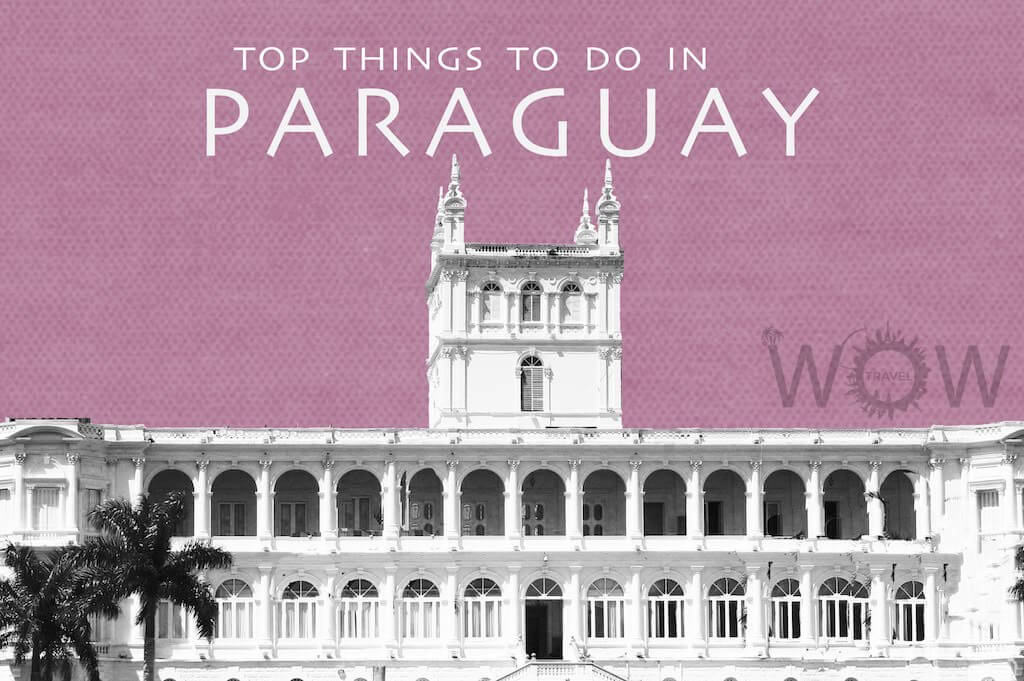 Paraguay is one of the hidden gems in South America. Despite being enviously situated at the heart of one of the most thrilling continents on the planet, it is ignored by most travelers. Paraguay is a country that exhibits Some of the greatest examples of architecture with modern cities and vast exotic natural reserves with a total of 34 government-protected wildlife areas. It is home to matchless biodiversity including 500 species of birds, 200 species of reptiles and amphibians, crocodilians, jaguars, and pumas. Paraguay is the forgotten part of South America. Check out our list of the Top 6 Things To Do In Paraguay.

A UNESCO World Heritage Site, the Jesus and Trinidad Jesuit Ruins are two examples of small colonies established by Jesuit missionaries in Paraguay throughout the 17th and 18th century. They were built as miniature city-states that integrated the indigenous Guarani populations with Christian faith. The Jesuit Missions of Paraguay are considered some of the most impressive creations of the religious work of the Jesuit, and are a testimony of the historical richness of the country.

The president of Paraguay’s official office is in the Lopez presidential palace, seat of the national government and one of the treasures of the Asunción’s cultural heritage. Lopez Palace is named after Francisco Solano Lopez, who was president of Paraguay at the end of the nineteenth century; having travelled around the world to recruit the services of the best architects and interior designers, choosing the best raw materials to build the Palace. Nowadays, it provides spectacular architectural lighting that is well worth seeing at night.

Itaipu Dam was one of the seven Engineering Wonders of the World. Until China built a larger one, it was the biggest hydroelectric dam in the world. You can visit it and get a guided tour. The enormous construction stretches across the Parana River to Brazil and is shared by the two countries. But it’s Paraguay that gets the most from it. Source: timetravelturtle

Ranked as the world’s second largest, Iguazu Falls are located in South America, close to the point where Paraguay, Brazil, and Argentina join borders. It has more than 250 waterfalls and the scenery is simply amazing. You can enter the falls via the Ciudad del Este from the Paraguay side. The often overlooked, is the 80 meter (262 ft) high waterfall called Salto del Monday. It is only a 10 km (6.2 miles) ride from Ciudad del Este and it is spectacular site.

National Pantheon of the Heroes

Located in the heart of Asuncion, the capital of Paraguay, National Pantheon of the Heroes is the place where Paraguay’s independence from Spain was planned, nowadays it is a museum.

Ybycuí National Park is the perfect environment to blissfully meander through sub-tropical rainforest, stumble upon hidden gems of waterfalls, and take in the relaxing nature and wildlife. You are likely to see huge, colorful butterflies as you walk around the woods, such as the metallic blue morpho. The park is accessible from Asuncion and therefore possible to visit as a daytrip. Source: iexplore