10 Most Incredible Cliffs In The World 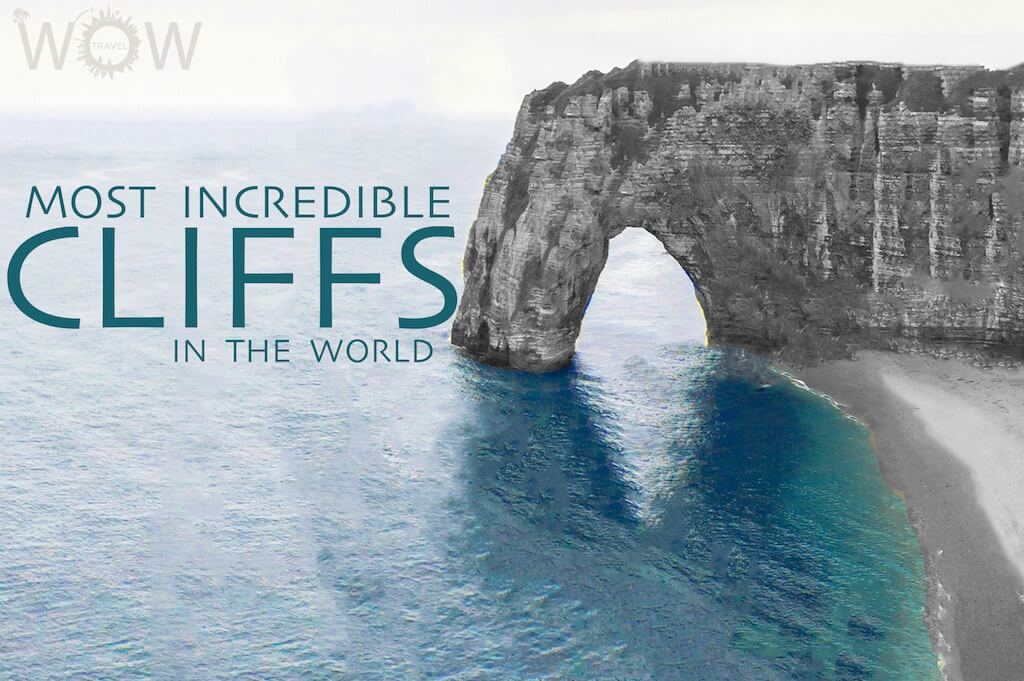 Here are our picks for the 10 most incredible cliffs in the world.

These sea cliffs along the western coast of the Canary Island Tenerife are almost vertical walls and reach heights of 500 meters (1640 ft) in some places and represent the highest cliffs of the Canaries. Across a small bay lies the little port and resort town of Los Gigantes which features a black sand beach and a marina. How does enjoying this view from one of the 11 Best Hotel Pools In Tenerife sound like?

Ronda is located in the province of Malaga in Spain and because of the cliffs, Ronda was one of the last Moorish cities to fall during the Reconquest of Spain by the Catholic monarchs. The city has the distinction of being the birthplace of bullfighting and Spain’s oldest bullfighting ring still exist there. We recommend staying at one of the 11 Best Hotels In Malaga, Spain near this attraction.

Located in the Aegean Sea, in the Cyclades islands, Santorini island was the site of one of the largest volcanic eruptions in the world and what remains today is a submerged volcano and a caldera. Amazing villages has been constructed on the edge of this caldera, with Cycladic architecture and breathtaking view to the sea.

Located in Normandy, in west of France, Étretat is a small coastal village best known for its cliffs, including famous natural arches. Two of the arches can be seen from the town, a third requires a walk at low tide. The spectacular sea cliffs attracted famous artists including Gustave Courbet and Claude Monet.

Located on the shore of the Pacific Ocean in the Molokai island of Hawaii, the Kalaupapa Cliffs are the highest sea cliffs in the world with a height of 1,010 meters (3,315 ft). The cliffs cannot be reached by car and visitors are transported by trail descending along the cliffs to Kalaupapa village.

The White Cliffs of Dover, England

The cliffs stretch east and west from the town of Dover in the British county of Kent. The up to 106-m-high (348 ft) cliff face can be clearly seen across the English Channel from France.

The Cliffs of Moher are amongst the most impressive coastlines in the world and are widely considered to be Ireland’s most visited natural attraction, drawing almost one million visitors each year. The cliffs rise 120 meters (394 ft) above the Atlantic Ocean at Hag’s Head, and reach their maximum height of 214 meters (702 ft) just north of O’Brien’s Tower, 8km (5 miles) away. There are many animals living on the sea cliffs. Most of these are birds, with an estimated 30,000 birds, representing more than 20 species.

Látrabjarg marks the western-most part of Europe. The huge cliffs are home to millions of birds, including Puffins, Northern Gannets, Guillemots and Razorbills. It is vital for their survival as it hosts up to 40% of the world population for some species. It is Europe’s largest bird cliff, 14 km (8.7 miles) long and up to 440 meters (1442 ft) high.

The magnificent Bunda Cliffs extend approximately 100km (62 miles) along the Great Australian Bight from Border Village to the east of Head of Bight. The cliffs were formed when Australia separated from Antarctica approximately 65 million years ago and are made up of fossiliferous limestone called Wilson Limestone. This limestone is made up of a white chalky material up to 300 meters (985 ft)  thick and was once part of an ancient seabed.