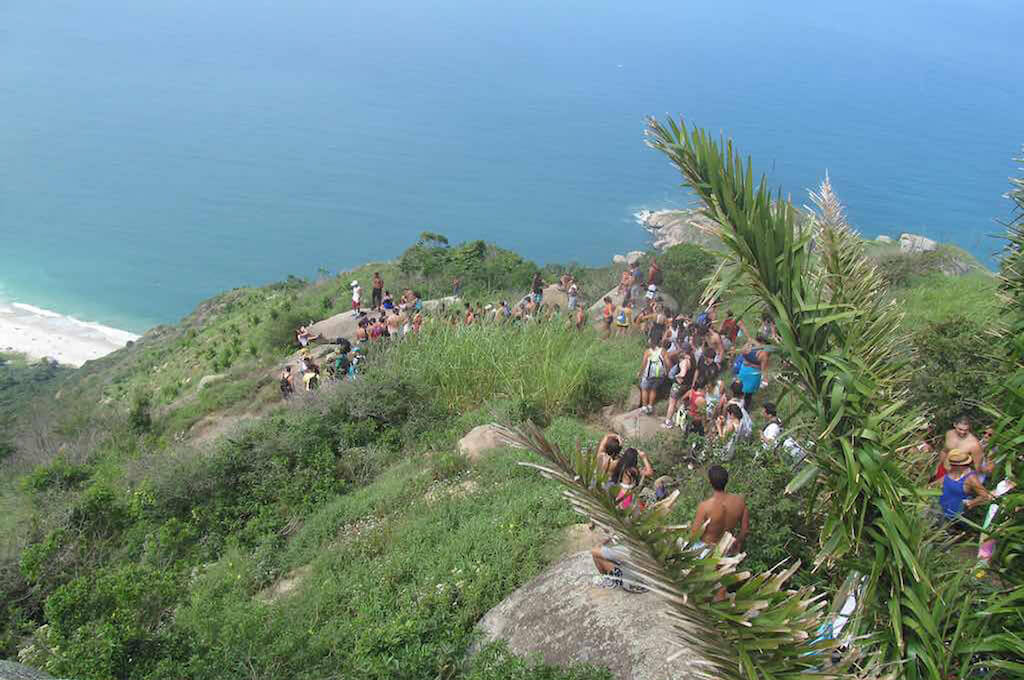 People from all over the world are flocking to a cliff in Rio de Janeiro, to take death-defying adventure photos overlooking the ocean below. It all started in November 2015 when Luis Fernando Candela was photographed by his girlfriend and appeared to be hanging off a cliff above a 300 meter (1,000 ft) drop. Even the best hotels in Rio cannot match this thrill!

But this photo is not what you think it is. While he is indeed hanging off a rock by his feet, he is actually about a meter off the ground. His only talent was using the crop feature on his camera phone.

The rock, known as Pedra do Telegrafo, became so popular ever since. In order to get there tourists first have to climb the hill for over an hour and then wait in line in order to get a chance to stand on it.