The 12 Most Beautiful Islands In Australia 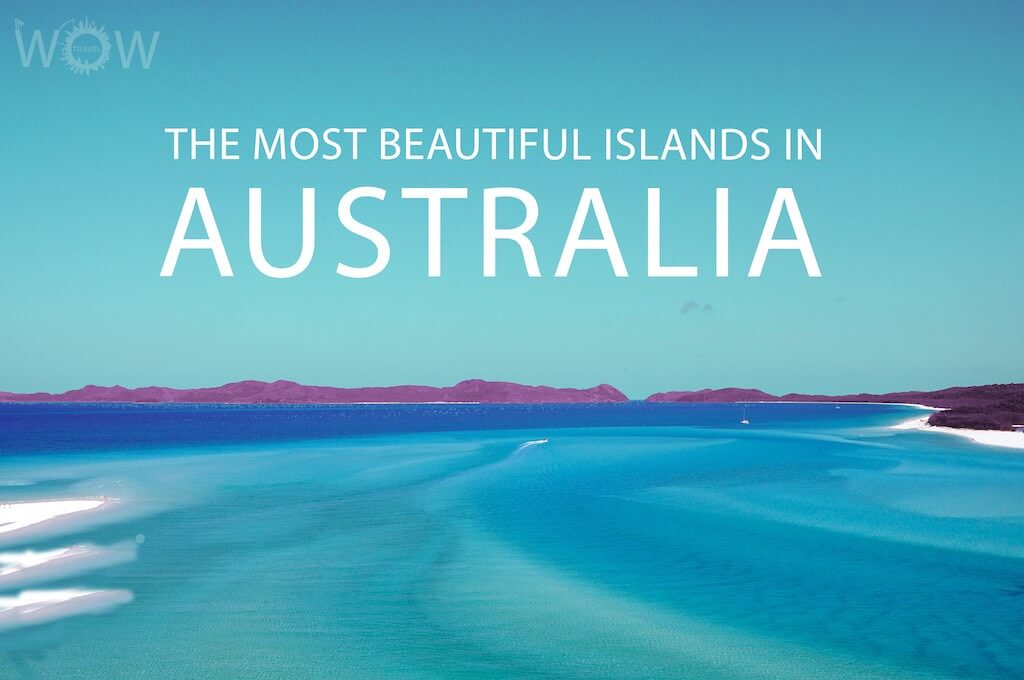 The continent of Australia with its unique flora and fauna and ever-changing landscapes is a land full of surprises and discoveries. The largest country in Oceania, Australia is also home to numerous smaller islands scattered around it. Most people are familiar with the biggest of its islands, Tasmania, but not many are aware of the other stunning islands that belong to this country. There are over 8000 islands that are an integral part of this country, most of which are uninhabited. The islands around Australia are popular holiday spots with many Aussies and international visitors flocking to these paradises to enjoy some solitude amidst some breathtaking scenery. Each island has an identity of its own. Whether it is the inquisitive quokkas at Rottnest Island, the penguin parade at Phillip Island or the powdery sands of White Haven Beach, a visit to these beautiful islands will undoubtedly satiate the wanderlust.

Bruny Island is probably not on most people’s itinerary as it is about two hours away from Hobart (where you’ll find Top 11 Gay Friendly Hotels in Hobart) in Tasmania, but it is a haven worth exploring. One of the most striking sights on the island is the narrow isthmus, called the Neck, connecting the north and south of the island. Along the thin stretch of land of the isthmus, you’ll find the Trugani steps which lead up to the memorial of the original inhabitants of the island. The views from the top of these wooden steps are amazing.

Located off the northern coast of Queensland near Cairns, these largely untouched islands are one of Australia’s true gems. The uninhabited islands are covered in lush vegetation and encircled by beautiful diverse reefs. One of the best ways of experiencing the Great Barrier Reef is to visit the Frankland Islands which are not overrun by crowds of visitors as only one tour operator is licensed to go to the islands.

Fraser Island extends over 123km in length and 22km at its widest point, making it the largest sand island in the world. What sets this beautiful World Heritage-listed site apart from the rest are the beautiful freshwater lakes within the island, which you can enjoy swimming in. Fraser Island has the distinction of being the only place in the world where tall rainforests grow on sand dunes at heights of over 200 meters. A great way to enjoy the island is on a 4WD tour through the highways of sand.

The largest of the Whitsunday Islands, Hamilton Island is the most popular and busiest of the inhabited islands. The luxury getaway has an airport, shops and a post office. It is renowned for its water activities like kayaking, jet skiing, sailing, and snorkeling. The island is characterized by beautiful beaches, azure waters, and lovely weather. Bars and restaurants also take up prime positions along the waterfront offering diners fantastic views of the surroundings.

Kangaroo Island is everything that symbolizes Australia; kangaroos, koalas, wombats and seal colonies are everywhere on the island. Located 13 km off the coast of South Australia, more than one-third of the park is a nature reserve. A 30-minute plane ride from Adelaide will bring you to this island where you can actually walk among endangered Australian sea lions. The island is also renowned for its Remarkable Rocks, a collection of huge orange lichen-covered granite boulders that nature has weathered into strange shapes.

Just south of Perth on the West Coast of Australia lies the beautiful island of Rottnest. It has a stunning reef and plenty of amazing spots for snorkeling and swimming. With 63 beaches around it, the turquoise waters of the island attract visitors from near and far. The island which was a former military base can be best be explored by bike since there are restrictions on private vehicles. Another unique feature of the island is the little Quokka, an animal that is found nowhere else in the world but on this and the neighboring island.

600km southeast of Sydney is this slice of paradise. This island is not as easily accessible as the rest of the islands and the only way to get there is by catching a flight from Brisbane or Sydney. However, the number of visitors to the island is restricted to 400 at a time. However, the trip to the island is well worth it as the scenery is quite breathtaking. From an abundance of wildlife to tall mountain peaks and beautiful coral pools, there is no dearth of discoveries here. While you’re in Sydney, do check out the Top 5 Natural Attractions in Sydney as well.

Off the coast of Townsville in northeastern Queensland is the popular Magnetic Island, so named by Captain Cook because of the effect the island seemed to have on his magnetic compass. The island with its rocky terrain, giant boulders, and serene walking trails is a big draw for backpackers. Add some stunning coral reefs, koalas, beachfront bars and a festival to this combination and you can understand why the island is fast becoming a favored destination. Magnetic Island has been home to the Wulgurukababa Aboriginal people for thousands of years. To get to the island you can take a Greyhound bus from Townsville which will drop you off and pick you up right at the ferry terminal. The 25-minute passenger ferry departs from Townsville throughout the day.

What makes North Stradbroke Island so alluring is the harmonious blend of pristine beaches, rugged coastline, and tranquil inland lakes just an hour away from Brisbane. The island which is the second-largest sand island in the world after Fraser Island has some of the most amazing scenery found in Queensland with an extensive variety of plants and animals. One of the densest congregations of dolphins can be found around its waters.

Norfolk Island lies halfway between Australia and New Zealand and is one of Australia’s most intriguing destinations with its breathtaking scenery and fascinating past. The island, which was discovered by James Cook, was initially a convict penal settlement but was later handed over to the descendants of Tahitians and HMS Bounty mutineers from the Pitcairn Islands. The somewhat gory past of the island can be relived through the ghost tours and live performances that are conducted at night. Much of the island is covered in towering Norfolk Island pine trees and is a nature lover’s paradise with its verdant green hills, crystal blue waters, jagged cliff faces, and pine forests.

Philip Island is a favored destination for locals from Melbourne and visitors from outside too as it is hardly a 1.5-hour drive south of the city. One of the main draws for people to the island is the novelty of seeing a penguin in its natural habitat. The Summerland Beach is crowded with visitors in the evenings eager to watch the penguin parade to their nesting areas. Other Australian marsupials inhabit the island too. Besides marveling at nature, the island is extremely popular with surfers as the surf conditions in the area are fantastic.

The pristine white sands of the Whitsunday Islands give them an identity of their own. Located along the East Coast of Australia, within the Great Barrier Reef Marine Park, the Whitsunday archipelago is made up of 74 tropical islands. White Haven Beach is the most popular spot on these islands, renowned for its pure white sand which is 98 percent silica. The beach which is located on an uninhabited island can be accessed by boat, seaplane or helicopter. Day trips to the White Haven leave from Hamilton Island and Airlie Beach.