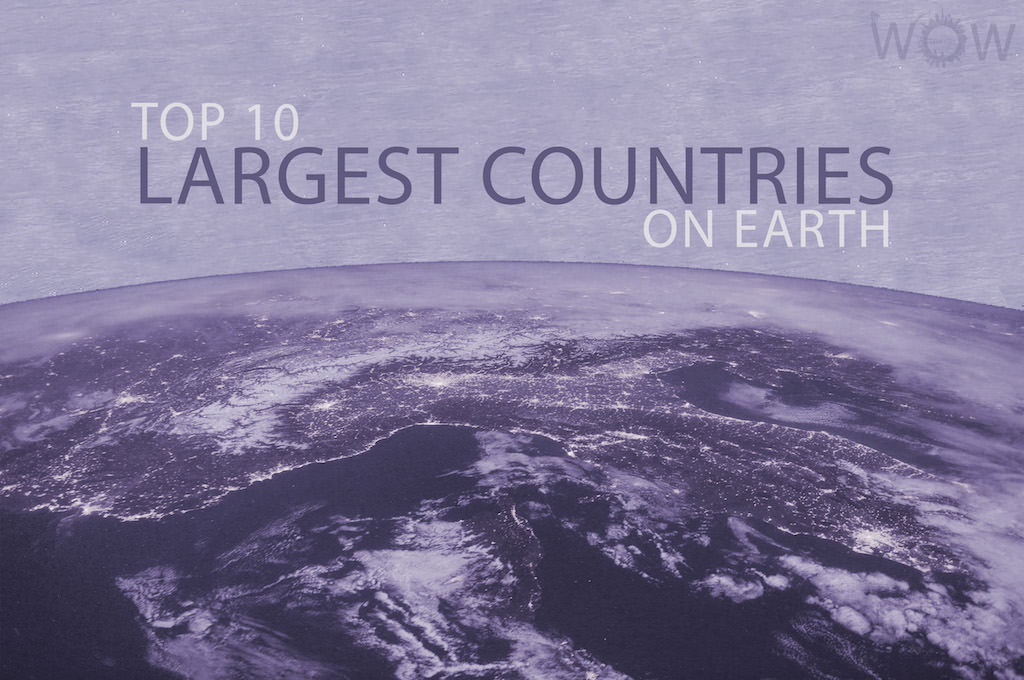 The world’s largest countries provide a beautiful snapshot of the variety of geography, climate and wildlife on the planet. Here is a listing of the Top 10 Largest Countries On Earth by area, in both square kilometers and square miles.
The world’s ten biggest countries by size are ranked based on information from the CIA World Factbook. The numbers shown are based on the total land size of each country which includes both land and water.

Algeria is the largest country by area in Africa. Before 2011, when South Sudan became independent, Sudan was the largest.

Kazakhstan is the 9th largest country by size in the world. It’s a huge place with a very small population of only 16 million people. It is the largest landlocked country in the world, with Russian to its North, China to the West, Uzbekistan down South and the Caspian Sea on its Western Border.

India is the seventh largest country by total area, it is bordered by the countries of Bangladesh, Bhutan, Myanmar, China, Nepal, and Pakistan.

Australia is the world’s 6th largest country by area. Due to its large size and isolation from the rest of the world, Australia is sometimes known as the ‘island continent’. While it’s huge, the population is only 22.6 million.

Brazil is the largest country in South America. Population-wise, it’s the 5th largest in the world.

China is the 3rd largest country by are. It has the largest population in the world, with over 1.357 billion people as of Feb 2016. Despite its size, all of China is in one time zone.

The United States of America is the third-largest country by size in the world. It has some of the world’s largest lakes, deepest canyons, mightiest rivers, and most populous cities.

Canada is the world’s second largest country. Without its lakes, Canada would be smaller than the USA. Canada is over 8,850 km (5,500 miles) wide, from Atlantic to Pacific coasts.

In terms of land area, Russia is the largest country in the world. It is a transcontinental country, extending halfway around the northern hemisphere and covering much of eastern and north-eastern Europe and the whole of northern Asia. Russia is so huge that it is located across 9 time zones.