Top 10 Things To Do In Innsbruck 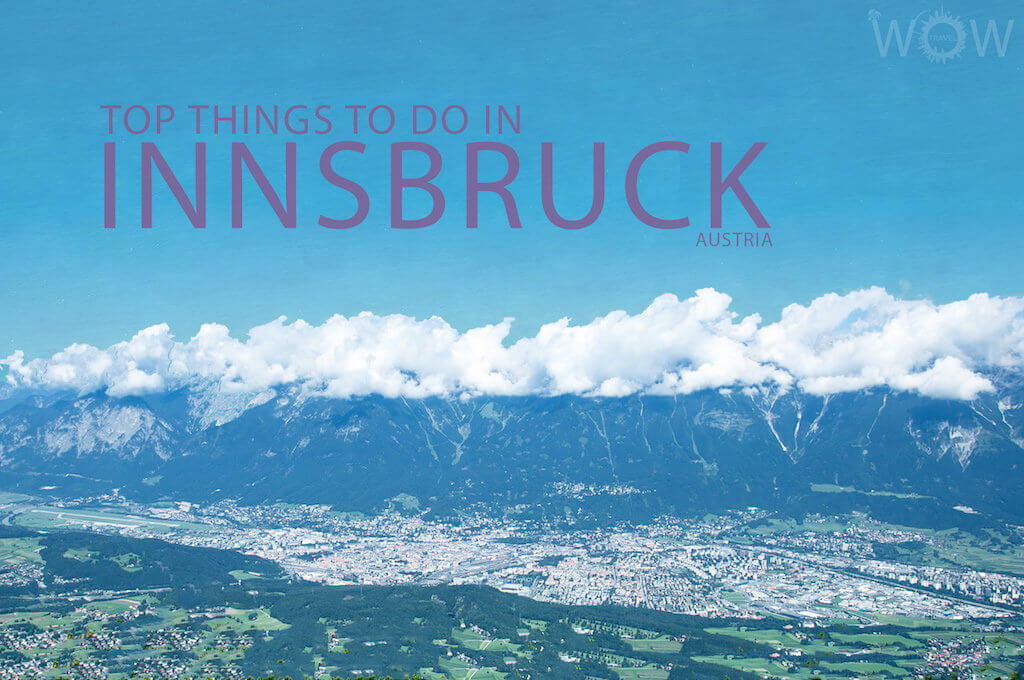 Innsbruck, the capital of Austria’s western state of Tyrol, is internationally famous for being a world-renowned center for winter sports, but it is much more than a ski hub. It is a city of vibrant nightlife, medieval castles, churches and modern architecture surrounded by stunning mountains scenery. Innsbruck makes a great year-round destination, start with our list of the Top 10 Things To Do In Innsbruck.

Ambras Castle is one of the most important sights of the capital of the Tyrol lies in the heart of the majestic Alpine mountain range, high above Innsbruck. It houses magnificent collections of paintings, armor and objects d’art assembled by Archduke Ferdinand II (1529-1595).

The Bergisel is a hill in Innsbruck, Austria with an elevation of 746 meters, which is the site of the Bergiselschanze ski jump. The jump was built of concrete for the 1964 Winter Olympics and was also used for the 1976 Winter Olympics. A new ramp was opened in 2003 which conformed to the contemporary requirements of modern ski jumping. Source: djibnet

Cathedral of St. James, also known as Dom St. Jakob or Innbruck Cathedral, is an 18th-century Baroque cathedral. It has a concave façade, flanked by two towers, topped by a great dome. Like many of the older buildings in Innsbruck, the cathedral is built of a Quaternary breccia that comes from the slopes of the Alps.

Completed in 1500, the roof was decorated with 2,657 gilded copper tiles for Emperor Maximilian I to mark his wedding to Bianca Maria Sforza. The Emperor and his wife used the balcony to observe festivals, tournaments, and other events that took place in the square below. The effect is radiant when light shines upon the roof it continues to impress visitors 500 years after being built.

Hofburg, the 15th century Imperial Palace of Emperor Maximilian I was rebuilt in the baroque style by Maria Theresa but the residence became a sad place, when her husband died there. The palace is a fine example of the baroque style that can be found throughout Innsbruck. You can wander and tour the palace on your own or take a guided tour. Source: delcotopten

Completed in 1450, the Innsbruck City Tower was constructed to serve as a watch tower to keep a look-out for enemies. Standing more than 51 meter (150 ft) tall, the Gothic structure is an important historical landmark in the Old Town. Climb the stairts to the top and enjoy the great views of the city and the surrounding mountains.

Innsbruck’s pedestrianized main shopping street was named after the Austrian Empress Maria Theresa (1717 – 1780). Over 700 years ago, this street  consisted of just a few farmhouses. Stretches from the Triumphal Arch to the Old Town, nowadays it is lined with historic pastel-colored aristocratic houses and has backdrops of the Alps.

Located on the foot of the Nordkette above Innsbruck, Alpenzoo is Europe’s highest-lying Zoo with more than 2,000 animals. It offers spectacular view over the surrounding mountains.

Seefeld, located on a plateau amid mountains and valleys just 20 km from Innsbruck, is one of the most vibrant and multi-facetted holiday destination in Austria. In wintertime, lovely Seefeld channels the fairytale magic of a Christmas village and offers one the Alps’ largest cross-country ski areas, as well as downhill ski runs that are well suited to beginners. During the summer it is a popular starting point for hikes in the surrounding mountains with more than 650 km of hiking paths, fixed rope routes and nordic-walking routes.

Swarovski Crystal Worlds, only 20 minutes drive to the east of Innsbruck, accommodates sumptuous and breathtaking crystal treasures. Commissioned by the Austrian firm of Swarovski, the renowned artist Andre Heller created this illusory world of glitter that is divided into nine chambers of wonder inside an artistically created water-spitting giant. Since the opening, the Swarovski Crystal Worlds have became one of Austria’s most popular attractions and has enchanted millions of visitors.