Top 12 Things To Do In Wellington 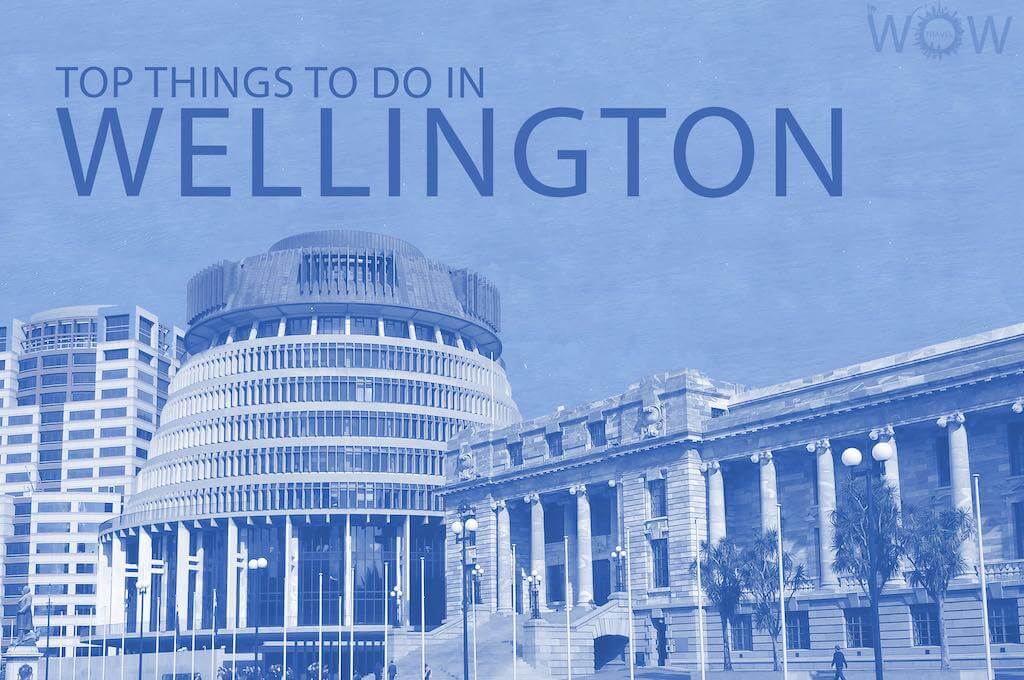 New Zealand’s capital city of Wellington is located on the southern end of the North Island between beautiful steep hills and the ocean. Because of its diverse ecosystem, visitors can be climbing up a mountain, going to coffee tastings, touring boutique vineyards, and sailing near the coast all in one afternoon.

The Wellington Cable Car is a railway system that opened in 1902 when the city’s population began to rise. The cars run every 10 minutes, and a one-way trip lasts for approximately 5 minutes to get to the top at Kelburn. The railway offers some of the best views of the city and is seen as an important symbol of the city.

The Wellington Botanic Garden houses a beautiful collection of flowers and plants both endemic and non-native. Throughout the 62-acre garden, there are attractions like the Victorian-style glasshouse, the Lady Norwood Rose Garden, and the Begonia House.

Putangirua Pinnacles are a collection of hoodoos which have thought to be formed over a period of 120,000 years. This iconic place was the filming location for the “Paths of the Dead” scene from The Lord of the Rings: Return of the King. It is advised that people watch out for falling rocks while on their trek.

Space Place at Carter Observatory which was established in 1924, is an astronomical observatory located at the top of the Botanic Garden in Wellington. The main highlights of the building are the digital full-dome planetarium and the Thomas Cooke Telescope which the stars and other planets can be seen.

Zealandia, which was previously known as the Karori Wildlife Sanctuary, is a 550-acre area which has been called “the world’s first fully-fenced ecosanctuary.” To date, the sanctuary has reintroduced many different species into the wild, some of which have been absent for over 100 years.

The Old Bank Arcade, sometimes called the Bank of New Zealand building, is one of Wellington’s most famous landmarks. Completed in 1901, the building is home to the famous Old Bank Clock which reveals an animated scene related to the history of the building. Inside you will find beauty salons and boutiques, cafes and restaurants, among many others.

Old St. Paul was built during the 1860s by the Anglican church on what was a Māori settlement in Wellington. The gothic revival style church features stained glass windows and arches from local wood resembling an upturned ship. It is a very popular venue for weddings and other events, and advanced booking is required before visiting.

The Wright Hill Fortress was built sometime in the 1940s during World War II as a means to protect the country from possible enemy attacks. On the property, one will find three gun emplacements, an operations room, and a network of underground tunnels of war shelters.

Opening its gates in 1906, the Wellington Zoo is a 32-acre wide zoo which is home to over 100 species of animals. The zoo is known for its conservatory and sustainability efforts including the sun bear breeding program and blue penguin protected nesting areas. Visitors also have the opportunity to interact with animals like the cheetah, giraffe, red panda, and lemur.

The New Zealand Parliament Buildings (one of the World’s Most Impressive Parliament Buildings) consist of the Parliament House, Parliament Library, Bowen House, and The Beehive. Apart from being the seat of the country’s government, this is also the place where many people go to learn about the heritage, history and democratic operations of the state.

The Cape Palliser Lighthouse is located on the North Island of New Zealand’s southern coast of Wellington. Built in 1897, the lighthouse initially used an oil lamp which was later changed in 1954. To get to the base of the lighthouse, visitors must climb just over 250 steps where they can view one of the largest fur seal colonies from November to January.

Just So You Know.: