Top 8 Things To Do In Dusseldorf 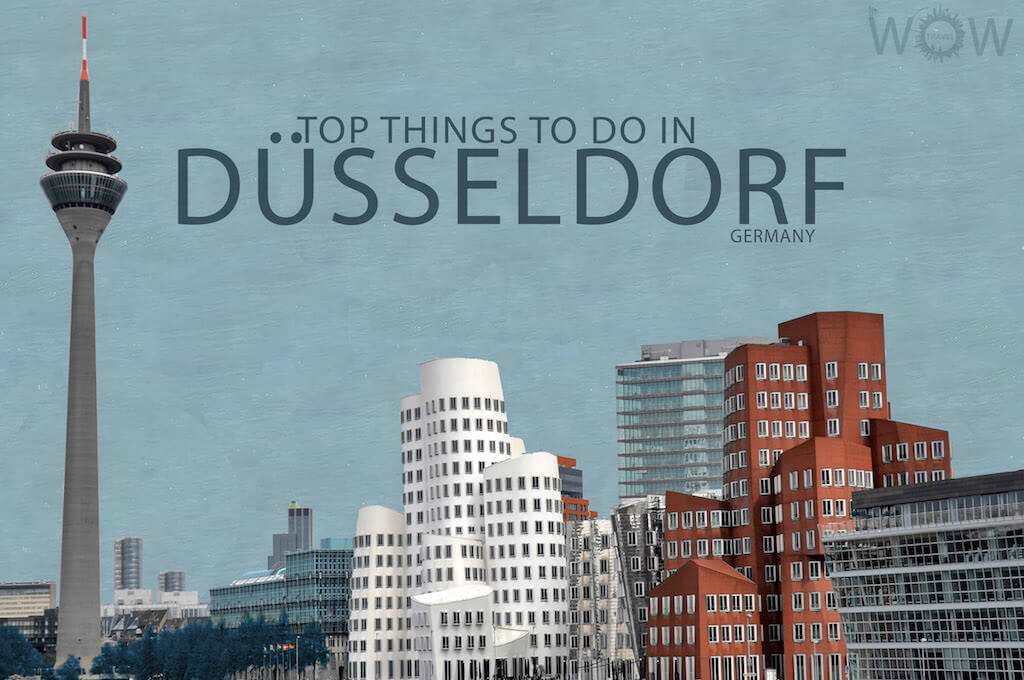 Part of the Rhine-Ruhr region in Germany, which includes both Cologne and Bonn, Dusseldorf is a cosmopolitan, modern city bustling with great activities. Known for its fashion industry and art scene, it is a mecca for artistic souls and major businesses alike. Check out our list of the Top 8 Things To Do In Düsseldorf.

The Neue Zollhof is a complex of 3 office buildings designed by the Canadian/American architect Frank Gehry. They are located at Medienhafen (media harbor), an urban renewal area in Düsseldorf. The titanium panels that cover the central building were also used for the Guggenheim Museum in Bilbao.

Located right on the edge of the Rhine, Düsseldorf’s historic Old Town is home to a plethora of restaurants, local breweries, lounges, cocktail bars, electro-clubs and sophisticated ambiences. There are so many bars here that it has been called ‘the longest bar in the world’. Visit the famouse square called Marktplatz, where you will find the imposing Town Hall (Rathaus) and the Castle Tower (Schlossturm).

The Rheinturm is a 240 meter (788 ft) high concrete telecommunications tower. Construction commenced in 1979 and finished in 1981 and it is the tallest building in Düsseldorf. From the top you will enjoy a 360 degree view of Düsseldorf.

Known by locals as Kö, Königsallee is Germany’s busiest upmarket shopping street, as well as being one of the most picturesque. It is one of the most luxurious shoppers’ paradises in Europe with exclusive boutiques and large fashion houses stand side by side with elegant street cafés. Königsallee has a shady boulevard with a central water feature out of what was originally part of the city’s defensive fortifications.

Kaiserswerth, located in the northern part of Düsseldorf, is one of the oldest parts of the City. It has picturesque market square, a wonderful beergarden (Burghof) and the ruins of the emperial palatinate (“Kaiserpfalz”) from the 9th century.

To get from the Old Town to the new Media Harbor, walk along the paved Rhine river promenade. Many German towns and cities can be found on the Rhine, but the promenade where the river meets Düsseldorf is a particularly pretty walk.

Located near the Rhine promenade, St. Lambertus is probably the oldest building in the city dating from the Romanesque period. It is very beautiful gothic church with its twisted spire.

The Colorium building by William Alsop, on the docks along the Rhine, is one of the most colorful contemporary architecture in the city. This modern colorful building resembling a lamp will surely catch your eye. It has an important role in the rejuvenation of this dilapidated area of the city, which led to its transformation into a so-called Mediahafen, concentrating a new generation of entrepreneurs.