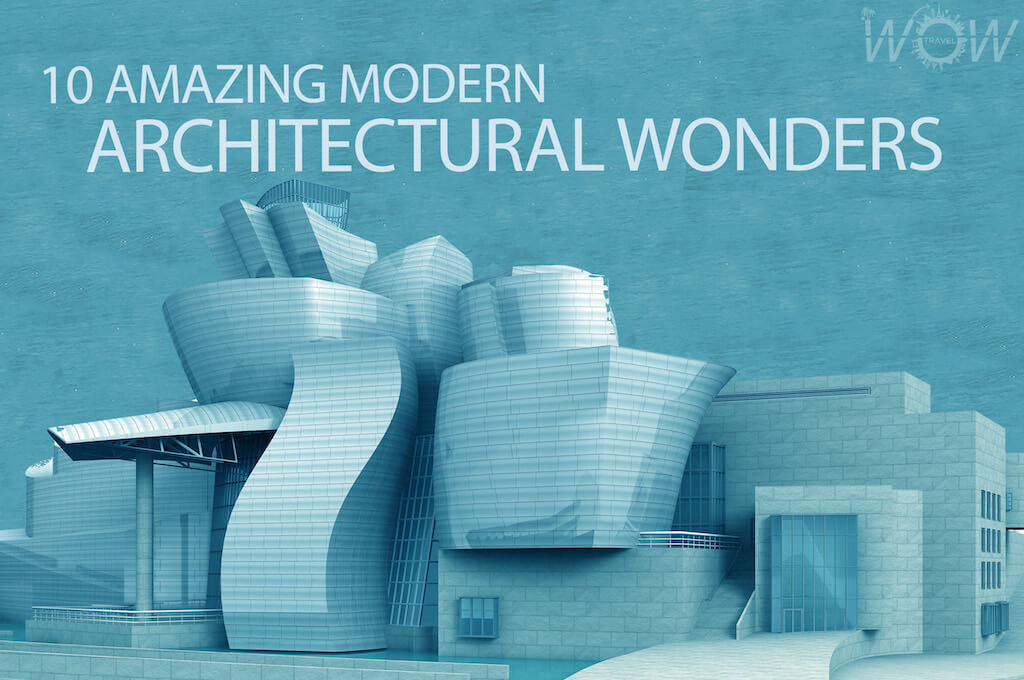 Being an architect indeed takes a lot of creativity, skills and imagination. No wonder why many bigger architectural buildings soon get a nickname of wonders – indeed then sometimes you look at some buildings, it literally takes your breath away. If one day you are planning on visiting them don’t forget to charge your camera – you are going to take a lot of pictures of them without any doubt.

Habitat 67, Montreal, Canada – This amazing architectural wonder was designed by Israeli-Canadian architect Moshe Safdie and was named like that because it was originally being built for Expo 67 and The World’s Fair which took place in Montreal in 1985. Building amazes with is delicate structure and the fact that it consists of 364 prefabricated concrete forms arranged to create 146 units in the building, creating a very modern and unique look you must check out too. 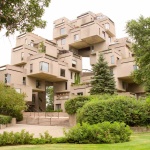 The Chapel of Holy Cross, Arizona, USA – Churches were always one of the biggest monuments of architectural masterminds. So there is nothing surprising that this chapel in Arizona is on this list too. The church is also known as “Chapel in the Rock,” because red Arizona’s rocks literally surround it. Fun fact: the original project of this church was scheduled to be built in Hungary, but due to the start of World War II in 1939, the project was moved to Arizona.

Guggenheim Museum, Bilbao, Spain – Architects used to love designing museums as well, because these buildings purposes are all about art, and, therefore, architects try to capture that art spirit as much as possible. The best example of that is definitely Guggenheim Museum in Spain. Designed by famous Canadian-American architect Frank Gehry, this building is a real masterpiece and is often used as the best example of modern architectural design. We recommend staying at one of the 11 Best Hotels in Bilbao near this attraction.

Fallingwater, Pennsylvania, USA – This building’s name says a lot about it. Designed by famous American architect Frank Lloyd Wright, this is a private house which was built in order to create tranquility and bring nature as close to everyday life as possible. So, naturally, architect comes with an idea that the house needs to be built over the waterfall on Bear Run. And so he did! The building literally is washed by a natural waterfall every day, and today it is a public museum, so you can visit it freely.

The National Library, Minsk, Belarus – The capital city of Belarus also has something to show off. Its national library amazes with its unique 3D design inspired structure. Designed by architects Mihail Vinogradov and Viktor Kramarenko, the building opened its doors in 2006 and fit more than 2000 readers at the same time. No wonder why this uniquely looking building has become a number one tourist’s spot in Mink.

Cube Houses, Rotterdam, Netherlands – Designed by architect Piet Blom, the so-called Cube Houses is an actual living space for many families. Cubes which make this building are tilted at 45 degrees and placed atop on hexagon-shaped pylon. So it indeed looks unique. In fact, some people say, that Cube Houses looks a lot like a forest, and they are correct – Blom actually wanted to create an urban forest in which people can live.

Beijing National Stadium, Beijing, China – Built specifically for the 2008 Summer Olympics, this amazing architectural wonder was the primary place where many Olympic games took place. Officially known as National Stadium, it is more often affectionately nicknamed as the “Bird’s Nest”. Designed by Swiss architecture firm Herzog & de Meuron, the building was inspired by traditional Chinese ceramics, but somehow everyone still calls it as a nest, rather than beautiful Chinese dishes.

Lotus Temple, New Delhi, India – Lotus Temple just has to be on this list as well. Built in 1986 by Iranian architect Fariborz Sahba, this temple is one of the biggest tourists’ attractions in the capital city. Lotus Temple is actually a House of Worship for the Bahá’í faith, and it strictly was built according to rules of this religion. Of course, the biggest inspiration for this building was taken from the lotus flower, which is considered holy by some Orient religions as well, and architect did an exquisite job capturing the essence of this flower. No wonder why this building has won numerous awards.

United States Air Force Academy Cadet Chapel, Colorado, USA – Another fantastic religious building we are talking about today is in Colorado. One of the best examples of real American architectural style, this chapel, has an impressive 150 feet high. Designed by architect Walter Netsch, the chapel was intended to have space for three individual worship areas within the same building. The Protestant area, space for Catholic and Jewish faiths and even a Buddhist room.

Dancing House, Prague, Czech Republic – Sitting on the historic site of a former house that was destroyed by the US bombing in 1945, this Dancing House is the last architectural wonder we would like to talk about today. Completed in 1996 by the architectural duet of Croatian-Czech Vlado MiluniÄ‡ and famous Canadian-American architect Frank Gehry, this is one of the most unusual buildings in Prague. This extraordinary design features two side-by-side towers which look like a pair of dancers and has become one of the most visited buildings in the capital city of the Czech Republic.