UMF (Ultra Music Festival) was founded by two local music lovers, Russell Faibisch and Alex Omes. Since its creation in 1999. It is truly an institution in the American EDM (Electronic Dance Music) scene and a showcase for some of the most amazing DJs, artists, and performers when each show “brings it” and leaves you wanting more. It started as a South Beach-based 1-day festival with performances and nowadays expanded from Miami to a worldwide event, with events held in Ibiza, Buenos Aires, São Paulo, Santiago, Seoul and many more cities all around the world. The biggest and most famous event held in Miami. Miami has everything, from gorgeous tropical beaches to skyscrapers. It is supremely unique, A glitzy and frenzied spectacle that you must experience, as it is considered by many, one of the most amazing cities in the world. Check out our Top 10 Things To Do In Miami While In Ultra Music Festival.
Booking.com

Art Deco Tour In Ocean Drive – The Art Deco style that is synonymous with Ocean Drive is a collaboration of different styles introduced by the different architects of the time. South Beach has come to be known as the Art Deco capital, and rightly so as it is home to the largest concentration of the 1920s and 30’s resort-style architecture in the world. Start your stroll where 5th Street dead-ends into the beach at Ocean Drive, heading north. As you walk along Ocean Drive, you’ll notice the fanciful pastel buildings, with porthole windows, ship-like railings, sleek curves, glass blocks, shiny chrome, and gleaming terrazzo floors are prime eye candy. 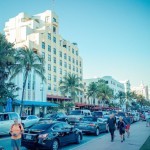 Vizcaya – No visit to Miami is complete without a stop at the historic 50-acre Vizcaya estate. This European-style mansion offers a glimpse at life in turn-of-the-century South Florida. 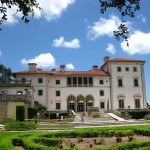 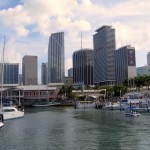 Miami Science Museum – Science is all about getting hands-on with mother nature, and that is the premise behind the Miami Science Museum that inspires people of all ages and cultures to enjoy science and technology, in order to better understand ourselves and our world. 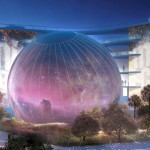 Little Havana  – Miami’s dining, culture and attractions are all heavily indebted to the influence of Cuban and Latin American culture. Be sure to take in the city’s unique history by visiting the famous neighborhood Little Havana, which offers a little taste of Cuba. 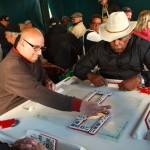 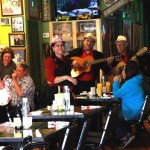 Key West Day Trip  – Take one of the buses or drive from Miami to Key West. On the way, you will cross 42 bridges and hop 32 islands before reaching the Southernmost city in the continental U.S., Key West. This beautiful city with a Caribbean atmosphere, street artists, outdoor cafes, and restaurants are just waiting to enchant you. Visit the Hemingway House, take a trolley or train tour, maybe a kayaking eco-adventure, or a dolphin-watching cruise.

Miami Seaquarium – This world-class marine-life entertainment park features eight marine animal shows and presentations. It is home to Lolita, the Killer Whale and TV superstar Flipper. Go and discover the grace of bottlenose dolphins, and laugh with the adventures of Salty the Sea Lion. 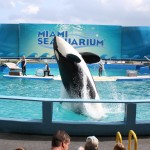 The Beaches in South Beach – Miami Beach is a separate municipality from Miami. It is located on an island, connected to the mainland by a series of bridges. the most famous neighborhood of Miami Beach is South Beach, home to beautiful Art Deco architecture, every imaginable designer boutique, world-famous nightlife, and of course the beach!. It s the place to see and be seen and show off the product of months in the gym. White sand, sexy people and good vibes.

The Beaches in South Beach, Miami

Zoo Miami – Zoo Miami consists of 340 developed acres with more than 3,000 animals and over 1,200 plants and trees which are planted in such a way as to mimic the animals’ natural habitats. go to the ‘Amazon and Beyond’ and experience a rainforest, jaguars, anacondas, bats, venomous snakes, rare frogs, harpy eagles, and a 48,000-gallon aquarium. 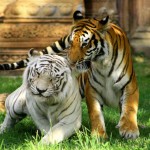 Hop-On Hop-Off Double-Decker Bus – Enjoy the best of Miami with a sightseeing tour bus. Sit back, relax and take in all of Miami’s famous landmarks from the comfort of open-top buses. See the sights of South Beach’s entertainment hub, the vibrant communities of Little Havana and Coconut Grove, plus much more. We had a great experience with them, the staff was super nice and informative, and it was the best way to see the city in such a short time. There is a new Uptown Loop tour that will take you through four diverse and unique areas of Upper Miami, You will see Wynwood, Midtown, Overtown and Historic Downtown Miami with lots of amazing Graffiti everywhere. 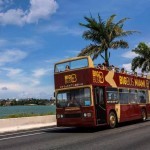