Top 10 Things To Do In Sao Paulo 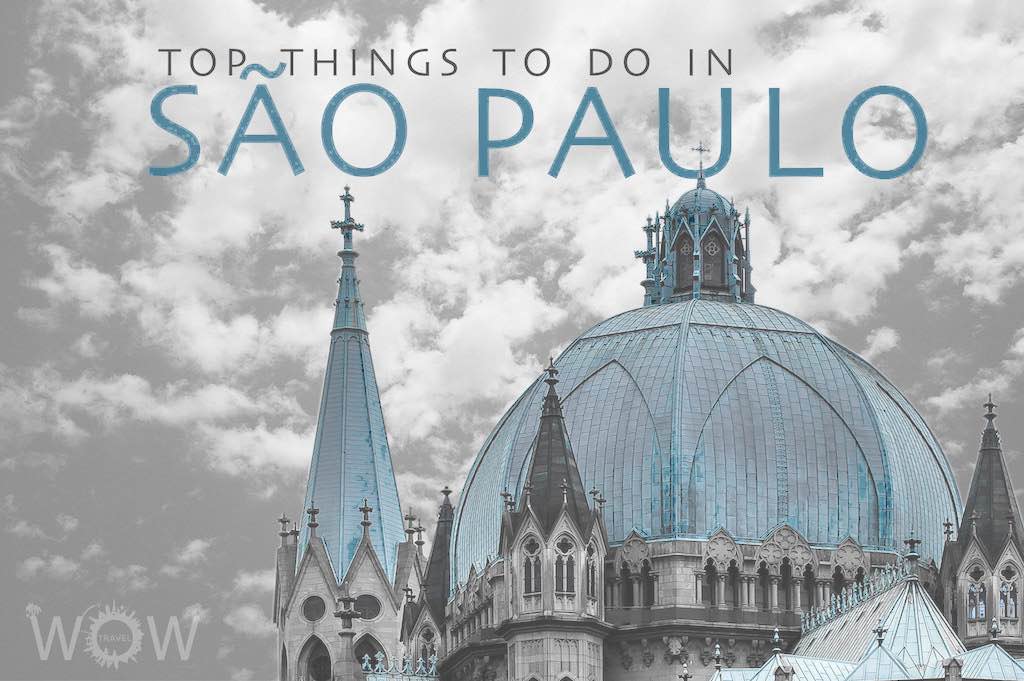 When I think of great architecture, amazing food, lovely people, excellent entertainment, 90 wonderful museums, 54 green parks, beautiful language and incomparable melting pot in South America that has one name only: Sao Paulo. This metropolis is always welcoming to all those who pay a visit. Whether you go on business or pleasure, Sao Paulo has an endless list of things to do and see. The most important hotels and chefs have a presence in this delightful part of the world. Wait no more, WOW Travel visited Sao Paulo, had fun and then put together its Top 10 Things To Do In São Paulo to tempt you to go.

The Benedito Calixto square is just another normal place on weekdays but turns into one of São Paulo’s coolest spots on Saturdays. Every Saturday 300 vendors gather at this open-air market in Benedito Calixto Square in Pinheiros. You can find handmade items, antiques, second-hand clothes, vinyl records, furniture and crafts. In addition, the market features live music and great food stalls, plus excellent restaurants nearby. There are galleries around the square which have artisans and designers selling beautiful and unique new goods.

Liberdade, translated to English as Freedom, is considered to be São Paulo’s Japanese neighborhood with the biggest community of Japanese people outside of Japan. Brazil is home to an estimated 1.5 million Japanese-Brazilians, many of them living in this bustling neighborhood with a tad bit of Chinese and Korean sprinkled in for good measure. Come to eat Japanese food ( from sushi and ramen restaurants), shop around the many oriental stores, relax in the oriental gardens and have fun in the karaoke bars that exist there.

Blessed with over 2 million sq. m (22 million sq. ft) of green space, São Paulo’s version of Central Park offers quite a bit to see and do. the largest city in South America and Brazil’s bustling economic and financial center. You can wander the paths beside pleasant lagoons or rent a bicycle and cycle the pathways.

Located in the city center, the Cathedral of Sao Paulo, known as Catedral da Sé is a gigantic cathedral of the Roman Catholic Archdiocese of Sao Paulo and the largest cathedral in South America (can hold up to 8,000 people ). It is a relatively new edition to the city with it only being completed in 1954. The cathedral was designed by German Maximilian Emil Hehl and is neo-gothic structure, with a Renaissance-styled dome, inspired by the Renaissance dome of the Cathedral of Florence.

Is an upper-middle-class neighborhood of the Pinheiros, packed with restaurants, shops, and lots of bars and clubs. Among the most notable places is Bar Samba, the best place to experience live Samba and traditional Saturday food (try Feijoada, a traditional Brazilian feast of beans, kale, rice, dried meat , farofa, and oranges).

opened on 1933, the Mercado Municipal de São Paulo is one of the most traditional gourmet points of the city with colors, aromas and flavors. You can find a wide variety of foods – from fresh vegetables and fruits to meat, poultry and seafood of all kinds, pasta, sweets and top of the line spices from different parts of the world. Not to mention its Gourmet Lounge, which offers the opportunity to try tasty dishes there, while enjoying the architectural beauty of Mercadão. Designed by architect Francisco Ramos de Azevedo’s office in 1926.

Inspired by the Paris Opéra, the Municipal Theater was built between 1903 and 1911 with art nouveau elements, stained glass, mosaics and marble. São Paulo’s Municipal Theater (Teatro Municipal) is one of the city’s top architectural treasures and cultural attractions. This architectural gem is beautiful inside & out. Recently renovated, this Neoclassical theater offers outstanding performances. The stage continues to showcase great performers and performances from Brazil and around the world; take in a ballet, opera or classical music performance.

Avenida Paulista is the symbol of São Paulo and the city’s principal artery with hundreds of highrises lining its sidewalks, and t gives you the impression of New York city, much more than what you expect to find in Brazil. On weekends, things slow down and you can enjoy Trianon Park, as well as boutique shops, restaurants and street artists.

Inaugurated in 1989, the Latin America Memorial is a cultural, political and leisure complex and the best place to see Brazilian modernism in all its concrete austerity. Based on a concept and the cultural project developed by anthropologist Darcy Ribeiro, the Memorial was born with the mission to bring the cultural relations, politics, economic and social of Brazil more closely with the countries of Latin America. It co-ordinates initiatives of scientific, artistic and educational institutions of Brazil and other Latin American countries, and presents the history of the Latin American peoples to the new generations of students. The complex brings art exhibitions of Latin America culture. The theater promotes events and orchestras.

The Zoo of Sao Paulo has more than 3200 animals, representing approximately 200 species of birds, 100 species of mammals, and 98 species of reptiles, as well as amphibians and invertebrates across an area of 80 thousand square meters. Examples of some very rare species are to be found, such as the white rhinoceros, Spix’s macaw, Lear’s macaw, and lion marmoset, among others.