Top 8 Things To Do In Uruguay 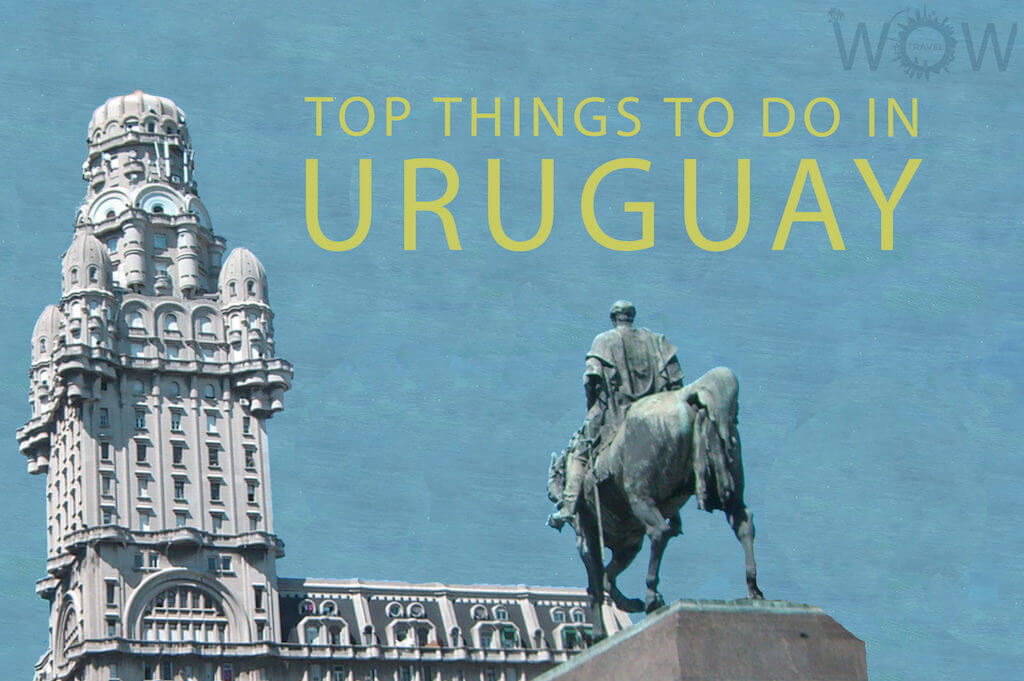 Tucked in between Brazil and Argentina, tiny Uruguay is often missed out or forgotten about. The common misconception is that there aren’t many places to visit in Uruguay. However, all those who travel to Uruguay will fall in love with the country. With Spanish and African influences, this is one of South America’s most intoxicating countries. Check out our Top 8 Things To Do In Uruguay.

Located in the Old Town of Montevideo, a few blocks from downtown and a few meters from the coastline. Teatro Solís is the most important theatre in Uruguay, and the second-biggest theatre in South America. And this is only the tip of the iceberg of things to do in Montevideo.

La Rambla refers to the coastal road and promenade that runs the full length of Montevideo’s coastline. It is about 22 km (13.5 miles) long. Be sure to walk past Pocitos, one of the most popular beaches in the city.

Inside this ornate building that once was a train station, market stalls have been converted into parrillas and seafood. “El Mercado del Puerto” is 142 years old. Uruguay has overtaken Argentina as the world’s largest consumer of beef per capita. One of the best places to try steak is Montevideo’s atmospheric market – ­Mercado del Puerto.

Located on the border between the Old City and the Center, Plaza Independencia is Montevideo’s most important plaza and one of the icons of the capital. Its creation dates back to the 19th century, when it was decided to demolish the walls that surrounded the old city Montevideo. From Plaza Independencia you can reach the Teatro Solís, Palacio Salvo,and the last remains of the town gate and the city walls.

Punta del Este, Uruguay, often referred to as the St. Tropez of Latin America or the Miami Beach of Uruguay. It is a top summertime playground for Uruguayans, Brazilians and Argentines. During the December–February high season, the coastal city’s population jumps from 7,000 to 170,000. This vacation hotspot offers a relaxed lifestyle, plenty of beaches, golf courses, five-star restaurants, and wild nightlife.

Located one-hour ferry ride away from Buenos Aires, Colonia del Sacramento is Uruguay’s oldest city and the only Portuguese influenced town. It was declared as UNESCO World Historic Heritage site in 1995. With its colorful historical houses, cafés and cobblestone streets, this beautiful city will remind you what life was like years ago.

Ride the waves and wander the endless sandy beaches at the low-key atlantic resort of Punta del Diablo, a small beach town that has only hundreds of people living there.