Top 12 Things To Do In Montevideo 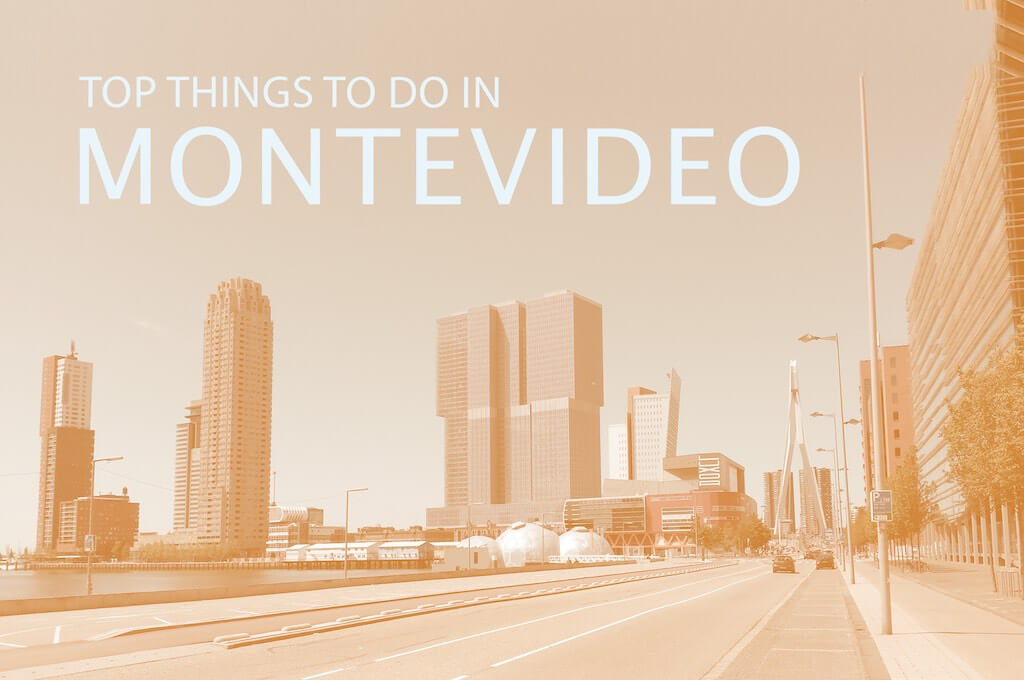 The capital of Uruguay, Montevideo, is the southernmost capital in the Americas and has been consistently rated first on the quality of life in Latin America. The city was founded in 1724 by a Spanish soldier as a strategic move against Portugal during the dispute over the platine region. The first inhabitants of the city were six families that moved from Buenos Aires. More families from the Canary Islands, known as Canarians soon followed. Montevideo with its interesting history has a rich cultural life balanced with modernity. Art deco and neoclassical buildings in the historic center share their spaces with skyscrapers and old buildings. On the other hand, modern high-rises and shopping malls near the popular beach communities to the southeast rival the best in the world. There is a lot to see and do here; from visiting the popular sites to enjoying some great music and shaking a leg at the beachfront discos, your time in Montevideo will never be a dull one.
Booking.com

The largest and most important plaza of Montevideo is the Independent Plaza, located between the Old Town and downtown Montevideo. It commemorates Jose Artigas, the hero of Montevideo’s independence whose 17mm tall statue and mausoleum dominate the center of the square.  The stone gateway, Puerta de la Ciudadela, which stands out prominently at the west end of the Independence Plaza is one of the only remnants of the colonial citadel. The citadel was torn down in 1829 but you can see a replica of the citadel and where the gate fit at the museum.

The elegant Solis Theater is Uruguay’s pride as it is one of the most renowned theaters in the country. Opened in 1856, it was the venue for the first Uruguayan national opera, La Parisina by Tomas Giribaldi in 1878. A major reconstruction of the theater was begun in 1998 and completed in 2004. Two columns designed by Philippe Starck were also included in the reconstruction and the acoustics enhanced by Jerome Falala.

Park Rodo gets its name from Jose Enrique Rodo, an important Uruguayan writer whose statue is located at the southern side of the main park. Park Rodo is not only a well-known park but is also a barrio (district) in Montevideo. An artificial lake with a little castle that has a children’s library is located on the north side of the main park. The amusement park, Estadio Luis Franzini is also located within its boundary.

The iconic Estadio Centenario was constructed in 1930 for the inaugural FIFA Soccer World Cup and also to commemorate 100 years of the Uruguayan constitution. Construction of the Centenario ushered in a new era for the development of sports in South America and the stadium was completed in a record nine months. The stadium has the distinction of being the only historical monument of World Football in the world. Apart from football, the stadium has also been the venue for a number of outdoor concerts by both national and international bands such as Aerosmith, Gun N’ Roses, and Bryan Adams.

This impressive building is where the Uruguayan parliament meets. Construction of the building began in 1904 but it was only inaugurated in 1925 to commemorate the centennial of the Declaration of Independence. Palacio Lesgislativo is built from 27 different colors of marble from the Uruguayan quarries and also has some beautiful reliefs and allegorical sculptures by Jose Belloni. Guided tours of the beautiful structure are available between Monday to Friday.

The old part of Montevideo was once surrounded by a wall to protect it from possible invasions. In 1929, the walls were torn down leaving only the main gateway which is now an important landmark in the Independence Plaza. Some of the most beautiful buildings like the Cabildo and Solis Theater from the colonial era are located in this part of the city. Today Ciudad Vieja is a barrio of Montevideo and one of the main nightlife destinations in the city.

The Rambla Avenue which goes all along the Montevideo coastline is the longest continuous sidewalk in the world, extending 27km in length. It is a very popular site for tourists and is secured by the Tourism Police in the summer to provide a safe environment for visitors. The promenade South of the Bay of Montevideo is popular with cyclists, walkers, joggers and those with skateboards. It’s a great place to sit and watch people or catch a good sunrise.

The Poscitos neighborhood located along the banks of the Rio de la Plata is one of the more prestigious neighborhoods in Montevideo. Its beachfront is characterized by upscale apartment buildings which overlook the beach and river. Pocitos beach is extremely popular with visitors, especially youngsters who enjoy a game of volleyball or soccer on the beach. The boulevard is dotted with many fancy restaurants and fashionable boutiques which attract clientele from as far as Argentina and Brazil.

The main Roman Catholic church of Montevideo is located in the old town Ciudad Vieja. The original church constructed of brick was built in 1740 but the present neoclassical structure replaced the old one when its foundation was laid in 1790. Dedicated to the patron saints of Montevideo and the Immaculate Conception, the church was consecrated in 1804. It was named the Metropolitan Cathedral by Pope Leo XIII in 1897.

The 260 acre Park Prado is the largest of Montevideo’s public parks. It was established in 1873 and has been a popular public space since then. The highlight of a visit to the park is the extensive Botanical garden and the ‘Rosedal,’ a rose garden with pergolas. There is a fountain, four pergolas and eight domes within the rose park. It is also a popular spot for joggers as there are several jogging paths along the Miguelete river.

A trip to Montevideo would be incomplete without visiting the old port market building at the foot of Perez Castellano. Behind the wrought iron bars of the structure, you can treat yourself to a wonderful steak at any one of the numerous ‘parillas,’ or shop for something special in the artisan market nearby. The place is especially lively on the weekends when street performers, artists, and craftspeople of the city hang out.