Top 9 Things To Do In Barbados 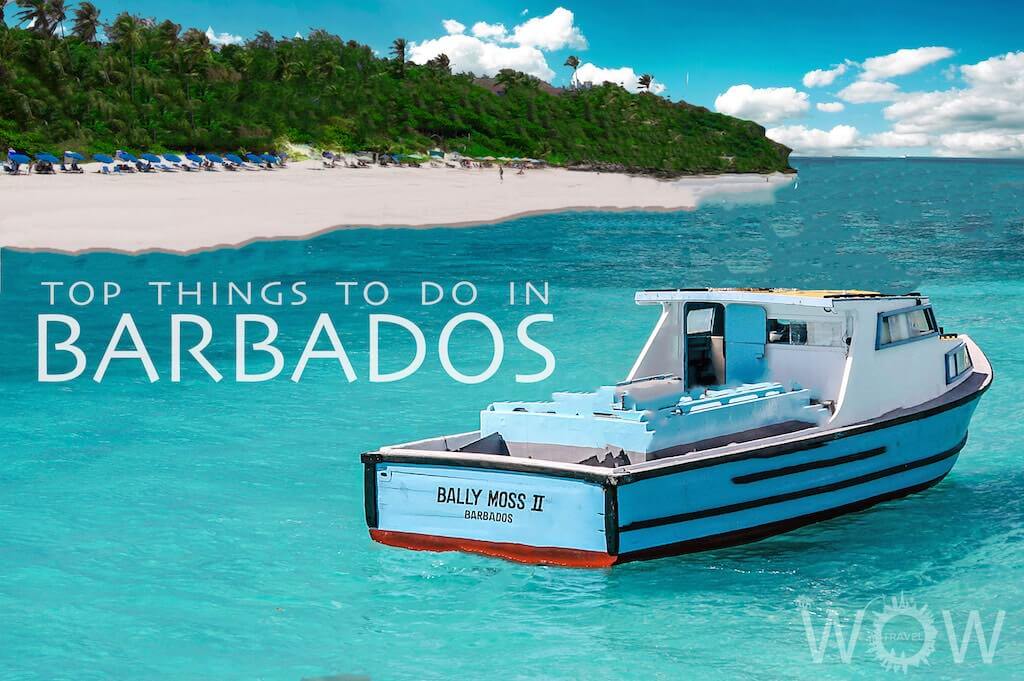 First settled by the British in 1625, Barbados is and an island country that belongs to the Lesser Antilles, and an attractive tourist destination with white sand beaches and glimmering blue waters. Steeped in history, architecture, wildlife, sporting events, renowned restaurants. This beautiful little island offers a broad range of intriguing attractions, makes it the perfect Caribbean vacation. Here are out Top 9 Things To Do In Barbados.

Crane Beach is Barbados’ world-famous Beach – named “one of the Ten Best Beaches in the World” by Lifestyles of the Rich and Famous. For centuries, Crane Beach has been sought by both locals and visitors for its natural beauty and serenity. Pink, powder soft sand graces your feet, a lush coconut grove sways in the tropical breeze and a golden Caribbean sun help to make this the ultimate paradise. The name refers to the large crane which used to load and unload ships here in the 18th century. Source: thecrane

At the heart of Barbados lies one of its greatest wonders, Harrison’s Cave. Located in the central uplands of the island, this breathtakingly beautiful, crystallized limestone cavern is a testament to nature’s mastery. Flowing streams, deep pools of crystal clear water and towering columns characterize this living cave. Gaze in wonder at the white flow stones and in awe at the beauty of the speleothems which adorn the cave.

Oistins is a very historic market town on the south coast of Barbados, and is popular with locals and tourists for its famous fish fry and thriving fishing community. Locals flock here from all over the island to let their hair down, and it’s popular with tourists too. Take a stroll on the pier to see the sun set, then gorge yourself on fresh local food, which includes everything from lobster to flying fish – and it’s all cooked on the spot.

This 4-acre paradise was originally founded in 1982 to preserve and study Green Monkeys, which were brought to the island in the 17th century. Today the popular primates are just one of many species that roam freely around the reserve, including Red Brockets (a South American deer), Patagonian Maras (a short-eared hare from Argentina), Cuban Rock Iguanas and Red-Footed Tortoises. Source: greenglobaltravel

Slaves working on Barbados’ sugar plantations in the 1600s used to celebrate the end of the harvest with singing and dancing. The traditional harvest festival includes music, dancing and all sorts of Bacchanalian indulgences. One of the most popular features is the competition for the Calypso Monarch Award, in which colorfully costumed calypso bands vie for the public’s affection in hopes of being crowned King and Queen of Calypso. The festival stretches from June until the first Monday in August, culminating in the national holiday known as Grand Kadooment.

If you’re looking for a Barbados location offering diversity, why not visit the area of Bathsheba. Legend states that Bathsheba, the wife of King David, bathed in milk to keep her skin attractive and soft. As the mineral rich cascading white surf in this area of Barbados’ East Coast is said to resemble Bathsheba’s bath in appearance and health benefits, this nearby small village on Barbados’ East Coast was thereby named Bathsheba. Bathsheba is first and foremost the main fishing village in the parish of St. Joseph in Barbados and home to a small community of several thousand fishing folk and their families. Bathsheba is approximately fourteen (14) miles up the east coast from Barbados’ capital, Bridgetown. A wild and picturesque area, Bathsheba is probably one of the most notorious landmarks on the East Coast of Barbados. Source: barbadospocketguide

The capital of Barbados, Bridgetown, offers duty-free shopping at cruise ship terminals and upscale boutiques on Broad Street. Bridgetown is the only city on Barbados and over half the island’s residents live there. Visit the historical National Heroes’ Square and watch the beautiful Parliament Buildings of Barbados, also located on Broad Street; 2 magnificent neo-Gothic-style structures now designated as UNESCO protected properties. The Barbados Parliament was established in 1639 and is the third oldest Parliament in the entire Commonwealth. At night go to a vibrant party in one of the clubs at Baxter’s Road.

If you like nature, hiking (at any level), plants, culture and natural history, then Welchman Hall gully must not be missed. The tranquil feel of the gully will instantly strike you. It is a place where you can experience a piece of nature and imagine what the island was like 300 years ago. It is a touch of tropical forest, mixed with Barbadian and other exotic tropical plants. Since Barbados does not have many remaining tropical landscapes that are easily accessible, visiting Welchman Hall Gully will be an unexpected surprise and treat.

St.Nicholas Abbey, located in the parish of St.Peter, was built in 1658 and is one of only three genuine Jacobean mansions in the Western Hemisphere. It was once the heart of a giant sugar cane plantation and a small refinery. This old plantation house sits in over 400 acres of sugar cane fields and has been fully restored to its former glory by local architect and current owner, Larry Warren.