10 Most Bizarre Prisons In The World 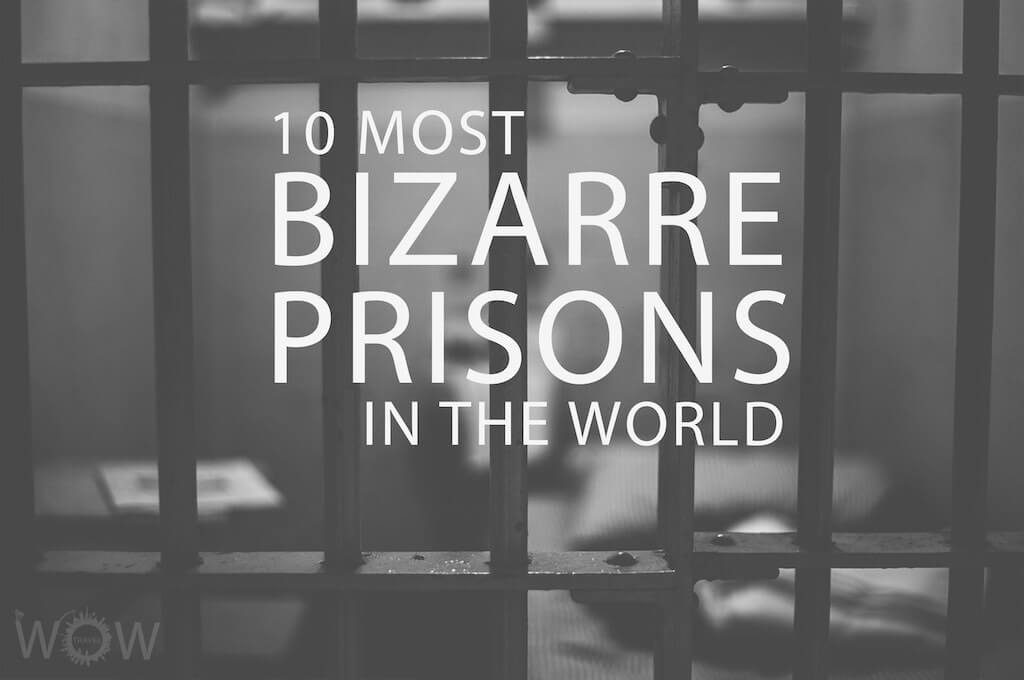 From prisons with physical abuse, severe overcrowding and gang violence to luxurious and ecological prisons. Check out the 10 Most Bizarre Prisons in the World.

San Pedro prison, the biggest in Bolivia‘s main city, La Paz, holds around 3,000 dangerous inmates. in San Pedro, prisoners must buy their cells when they enter the prison, that’s after they’ve paid the entrance fee! There are many different sections ranging from terrible conditions in the poorer parts where inmates are crammed in 3 or 4 to a tiny cell to parts that are more like posh apartment blocks and house convicted businessmen and politicians. The wives and children of many of the inmates actually live with their husbands inside the prison. Every inmate must earn their living as nothing comes for free so many run shops, restaurants and most famously cocaine laboratories. Unlike most prisons, guards rarely enter the main part of San Pedro, so prisoners are for the most part left to look after themselves. Source: myfunkytravel

Known as the “Alcatraz of the Rockies”, the ADX is the highest-security federal prison in the world, located in the Colorado mountains. It houses the most dangerous inmates in the U.S. prison system. It houses some of the more notorious inmates in recent American history, from Boston Marathon bomber Dzhokhar Tsarnaev to September 11 conspirator Zacarias Moussaoui to Oklahoma City bomber Terry Nichols to Robert Hanssen, the FBI agent who became a Soviet spy.

Dance is part of rehabilitation at the Philippine prison. This is a maximum-security prison where the prisoners perform dance routines as part of their daily exercise and rehabilitation, and many of their performances are filmed and released online, making them a popular feature among fans and veritable online celebrities.

Situated on Sark Island in Guernsey, a very petit island between England and France, Sark Prison is the world’s smallest prison. This unusual prison was made of stone, and nowadays it represents a very popular tourist attraction. One of the interesting facts is that this ‘’jail’’ is still in use. The local authorities use it to hold and sober up one, maximum of two seasonal workers.

Alcatraz Island, also known as “The Rock”, is a former federal prison on a rocky island in the middle of the San Francisco Bay. Alcatraz was home to some of the countries most notorious prisoners during its tenure as a penitentiary. Alcatraz Island is home to the first lighthouse and US-built military fort on the West Coast, the infamous historic federal penitentiary, and natural attractions like bird colonies and tide pools.

The Aranjuez Prison lets parents and children stay with their incarcerated family members. It has nurseries, toddler playgrounds, and Disney characters painted all over the walls. The goal is to prevent kids from realizing, as long as possible, that a parent is behind bars. The jail has 36 cell units for families, but the children can only stay until age three.

The Mara Salvatrucha, or MS-13, is arguably the most notorious street gang in the Western Hemisphere and is so feared it has been left to run its own prison – the Penas Ciudad Barrios. Here the cells are about 15 square meters and 3 meters high with 70 people squished inside. The prison was originally built to house 800 members and is now home to 2,500 prisoners. It is run in essence by the inmates themselves, controlled by their own miniature society, complete with a bakery, workshops, a hospital, and rehab. See more of this city on Top 5 Things To Do In El Salvador.

Kresty Prison in St. Petersburg has a reputation for being the most overcrowded on earth. The official capacity is set at 3,000, but the actual population is always at least 10,000. Each prisoner is also said to only be allowed 4 square meters of space each and 15 minutes a week to shower.

Just under 50 miles off the coast of Norway’s capital city of Oslo is tiny Bastøy Island, also known as the penthouse of prisons. Bastøy has one of the lowest levels of security in the world. The prison is also trying to become “the first ecological prison in the world, it uses solar panels in order to produce energy and most of the food supplies are produced in the prison (or around it). On Bastoy prison island in Norway, the prisoners, some of whom are murderers and rapists, live in luxurious conditions. Surprisingly (or not) it has by far the lowest reoffending rate in Europe.

Cereso Chetumal prison near the border of Mexico and Belize is a unique prison that has seen no violence in many years, so the guards do not even carry guns. Even though it’s not quite like the best hotels in Belize, the prison has an arts and crafts program, where inmates are encouraged to be creative and sell their work to tourists. They also allow prisoners to wear their own clothes and even battle it out in the boxing ring if a dispute arises. The prison includes a small spa and a gym.