Top 12 Things To Do In Jeddah 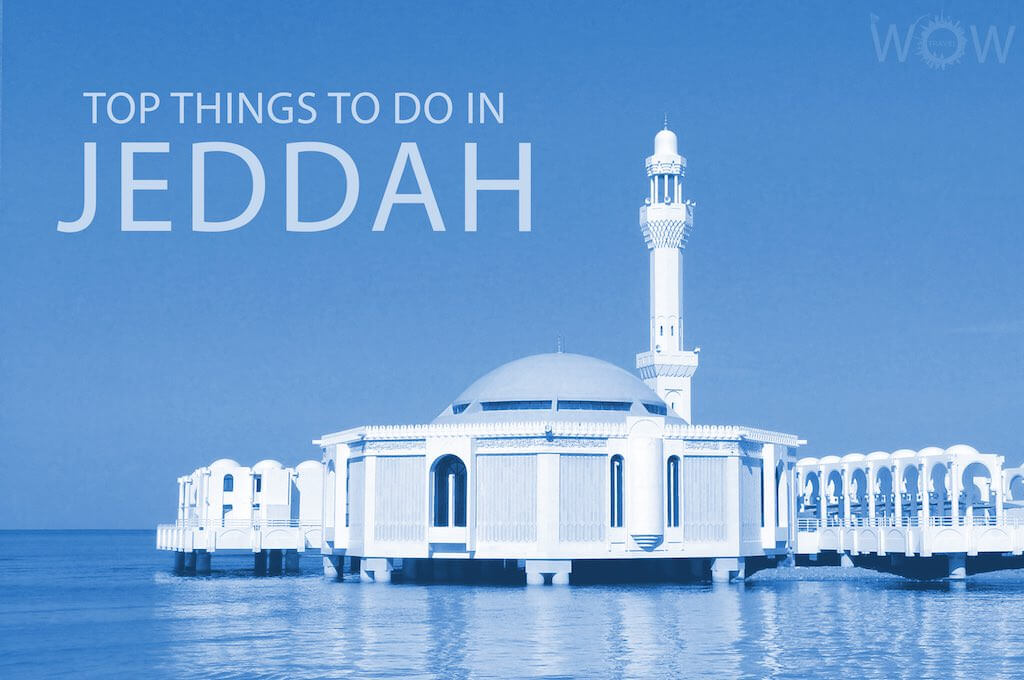 If one is ever fascinated by the lavish kingship of the Arabian Nights, Jeddah will represent you with the perfect modern version of the same. Jeddah is the largest urban center and commercial capital of Saudi Arabia. It is situated on the west coast of Arabia and happens to be the largest port on the Red Sea. It is among the UNESCO World Heritage sites and is the gateway to the Holy centers of Islamic pilgrimage-Mecca & Medina. With a perfect blend of rich history, culture, art, heritage, supreme urban stature, and exclusive tourism hallmarks, Jeddah certainly accounts to be the perfect holiday destination! The top 12 things from the bucket list follow:
[booking_product_helper shortname=”jeddah”]

The largest theme park of a multi-millionaire franchise, the Al-Shallal theme park is one complete amusement park. There is a spacious ice-skating rink and also a roller skating rink. The Amazon safari ride with artificial forest, wildlife and light, and sound effects is the eye-catcher. The real like theme makes it iconic, all the more with real lagoon and a waterfall. The park also has party rooms, game arcade, eateries and spectacular European village theme area and Red-Indian village theme area.

Located at the heart of the city, the aquarium forms a major site for tourist attraction, especially for kids. Once inside, one will certainly feel under the ocean with a wide range of colorful fishes, corals, and sea creatures. The most attractive part here is the dolphin show, which will certainly infuse a lively feeling. There are penguins, which is certainly the most striking feature among other aquariums around the world.

Jeddah Corniche or the popular Jeddah waterfront is a 30 km coastal resort area with coastal roads, recreation areas and civic sculptures. The largest fountain in the world, King Fahd’s fountain is located here. The famous Al-Rahmah mosque with unique Arabic architecture is also a place of tourist interest located at Jeddah cornice. The entire area is studded with features like restaurants, cultural center, blossoming garden, and dancing fountains. The recent renovation plans include the construction of a massive Ferris wheel like the London eye.

One of the popular mosques in a city of numerous mosques, Masjid-Al-Rahma is the only mosque standing on the sea. It creates a stunning ambiance around the Corniche, with a prayer space comprising a serene open waterfront. It is the emblem of Arabic architecture with domes and ‘minars’(towers). The mosque stands apart with its picturesque during the sunset and high tide on a full moon night when it seems to be on a floating state.

It is also known as the Jeddah Fountain. Built-in the early 1980s, it was donated to the city by King Fahd. The fountain reaches to maximum of 800-1000 ft height and hence is the tallest fountain of the world. The water used is channelized from the Red sea and rushed up with a speed of 233 mph. A popular tourist attraction, the Jeddah Fountain is visible from the entire city and is illuminated by 500 spotlights to give a majestic night view.

It is the old historic town area located within Jeddah. It stands out from the supreme urban Jeddah due to its old architecture and antiquity. The shops here are simple and cheap, unlike modern Jeddah, mostly inhabited by indigenous people and inhabitants in an ancestral manner. The Government has undertaken extensive measures for the preservation of the ethnicity and antiquity of the place. UNESCO acknowledges it to be amongst World Heritage sites and is certainly a worthy destination.

It is one of the most popular historic buildings located in Al-Badad. At present, it is a center of culture, a museum with special exhibits and a vocational center for historians. It was build in the late 19th century and was initially a governor’s house and a merchant’s club. Later it became a library to the governor with more than 1500 hundred books. The house has a unique architecture with 106 rooms. The visitors will surely be mesmerized with the artwork and the beautiful Arabic calligraphy with influences from Ottoman-Turks.

It is a traditional museum in Jeddah, well acclaimed for its Hejazi architecture. The historic building shines with its own glory amidst the modern Jeddah city. It was built in the early twentieth century and was operative as the British Headquarters in Jeddah before the Second World War. Later, it was transformed into a museum showcasing Jeddah’s modern history. It has valuable photographs, articles, maps, housing artifacts and ephemeras. If one is inclined to modern history, this place is a must-visit.

It is located near the Roshan Mall and Seafront, the roundabout is a perfect example of Urban architecture. It is made of glass and steel. The globe lights up during the night, offering a magnificent view in the night backdrop. One must choose to take a halt during a drive through the city and experience this sapphire glowing globe during the night (and grab a few selfies!)

It is one of the great architectural remains from the Mamluk era. Hussain Al-Kurdi, The Mamluk prince started fortifying Jeddah with walls, fortresses, and towers (with canons) to resist the Portuguese invaders. Bab Jadid is one of the iconic gates of the fortress supplemented with towers and was guarded with canons during its use. However, the wall was brought down during the urbanization of Jeddah, but the iconic gates were kept to mark their historical importance and to impart a classic look to urban Jeddah

The Al Tayebat International City is an exquisite confluence of modern and ancient Arabic culture, art and architecture. The museum located here has fabulous Arabic village models. The supreme furnishing and authentic textile crafts add to the interest of tourists. Amazing exhibitors and alongside eateries further makes it a complete tourist spot. One cannot miss out on this place to grab a pure essence of art besides the lavish lifestyles of wealthy Arabs

It is the largest and the most iconic mall in urban Jeddah. It is a house of almost all international and national brands. You name it and it’s all present here; clothes, shoes, bags, accessories, home decor, gift items, jewelry and so on. There is something or the other be it a kid or an adult. There are fine restaurants and food outlets along with a large food court to satisfy the appetite of tourists of all ages and tastes. Many cultural events are also organized here.