10 Best Amusement Parks In The World 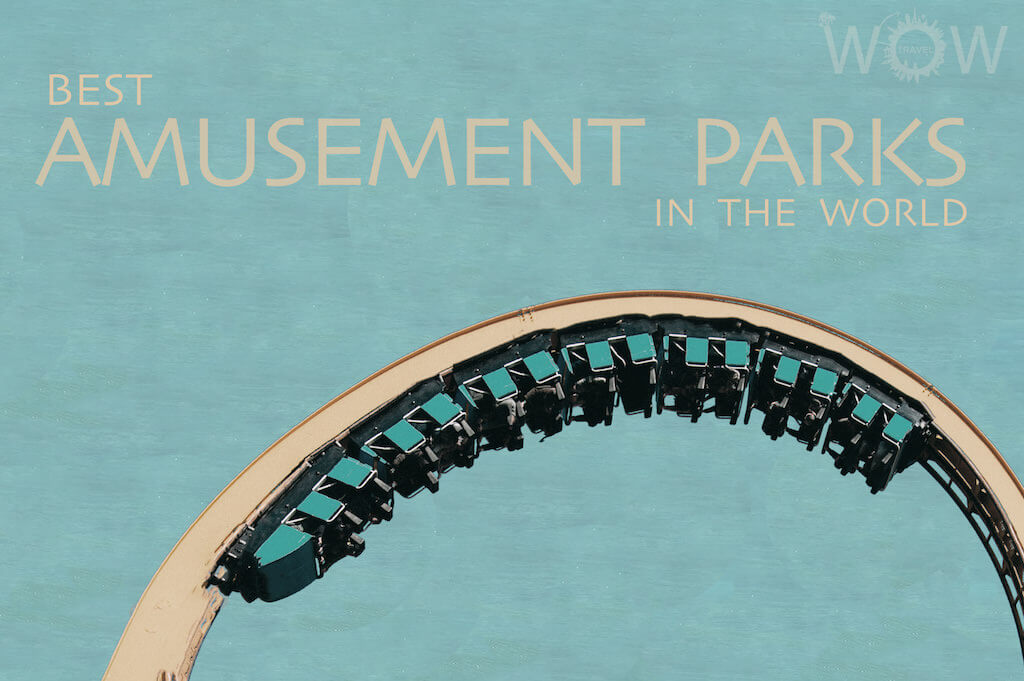 Nothing beats the thrill of your first childhood theme park visit. Millions of visitors to the world’s most popular theme parks agree: these rides, shows, and costumed characters are worth the waits. Enjoy our list of the 10 Best Amusement Parks In The World.

Magic Kingdom is the place where every child’s dreams and fairytales come true. Enchanting fireworks, musical parades and famous Disney characters walk all over the park welcoming visitors from all over the world, that is Magic Kingdom. See fantasy become a reality as you explore Adventureland, Frontierland, Liberty Square, Fantasyland. Magic Kingdom was opened in the year 1995, It draws on an average 3 million visitors every year, with 3 and a half million visitors in the year 2014, Some of its famous rides include Furius Baco, Tomahawk, Shambhala: Expedición al Himalaya, Tami-Tami, Hurakan Condor, Tutuki Splash, Silver River Flume, Grand Canyon Rapids,etc. It is also known for the various seasonal events that it hosts like Sesamo Parade and Fiest Aventura.

Beto Carrero World, located at the Brazilian Atlantic coast, just south of Rio de Janeiro, came into existence from a dream of a cunning businessman and it became the largest in Latin America. It has lots of attractions, entertaining shows, a huge zoo and seven themed areas such as a German village with a beer tent and everything a Brazilian would imagine as being typically German. If you are visiting this park at least must be done in 2 days, they have so many attractions that are impossible to visit in one day.

Enter a magical kingdom where you can sail with pirates, explore exotic jungles, meet fairy-tale princesses, dive under the ocean and rocket through the stars—all in the same day. The first of Walt Disney’s ventures, Disneyland Park is 85 acres of everything you love about Disney – from the whimsical characters that dominate the rides and roam the walkways to the sophisticated “animatronics” that wow visitors, no matter how many times they’ve been here. Disneyland Park is divided into Main Street and 7 additional distinct lands. There’s a reason to visit each and every one of them.

Islands of Adventure opened next door to Universal Studios Florida in 1999, giving guests the chance to explore their way through popular literature as opposed to the movies and television shows at Universal Studios. Marvel Super Hero Island houses two of the most popular thrill rides at Universal – “The Hulk” and “The Amazing Adventures of Spiderman”. However, the busiest section of the park is “The Wizarding World of Harry Potter” which opened in 2010 bringing the works of “Harry Potter” to life through the look and feel of the film franchise. Suess Landing is a must-do for those bringing kids to Islands of Adventure and all those who are still kids at heart. Source: www.wdwinfo.com

PortAventura is an award winning adventure theme park for families and children near Barcelona that welcomes 3.8 million visitors a year. In 2014 PortAventura opened a new ride in the imperial China area of the theme park called “Angkor: Adventure in the Lost Kingdom.” Angkor is a 300 meter (984 ft) long Asian jungle boat ride inspired by the iconic temple of Angkor Wat in Cambodia. If you love rollercoasters then you will love the Shambhala roller coaster ride, which is Europe‘s biggest roller coaster and also in the imperial China area of Port Aventura.

Tokyo DisneySea, located inside Tokyo Disney Resort®, opened on September 4, 2001, as a theme park where guests can experience Disney’s traditional family entertainment based on stories and legends of the sea. Located next door to Tokyo Disneyland and right by Tokyo Bay, Tokyo DisneySea is a new world rich in imagination, filled with adventure, romance, discovery, and fun. DisneySea, which gets its inspiration from stories and legends of the sea, open the doors to fantastic voyages that call to the spirit of adventure in all of us.

Located in south-west Germany between Freiburg and Offenburg, Europa-Park is the biggest theme park in the German-speaking countries and one of the few that is open in winter. With a sensational mix of high-adrenaline rides, cleverly conceived themed areas, beautiful parks, plus around 6 hours of shows including children’s theatre, ice revues and variety every day, the resort ticks all the right boxes when it comes to fun and entertainment.

Opened in 1989, Lotte World is a major recreation complex located in downtown Seoul. It consists of Indoor Adventure, the world’s largest indoor theme park. The theme park is filled with thrilling rides, an ice rink, different kinds of parades as well as a folk museum, a lake, and much more. The structure inside makes use of the natural sunlight, and it is open for visitors all year round, regardless of the weather.