Top 12 Things To Do In Ulaanbaatar 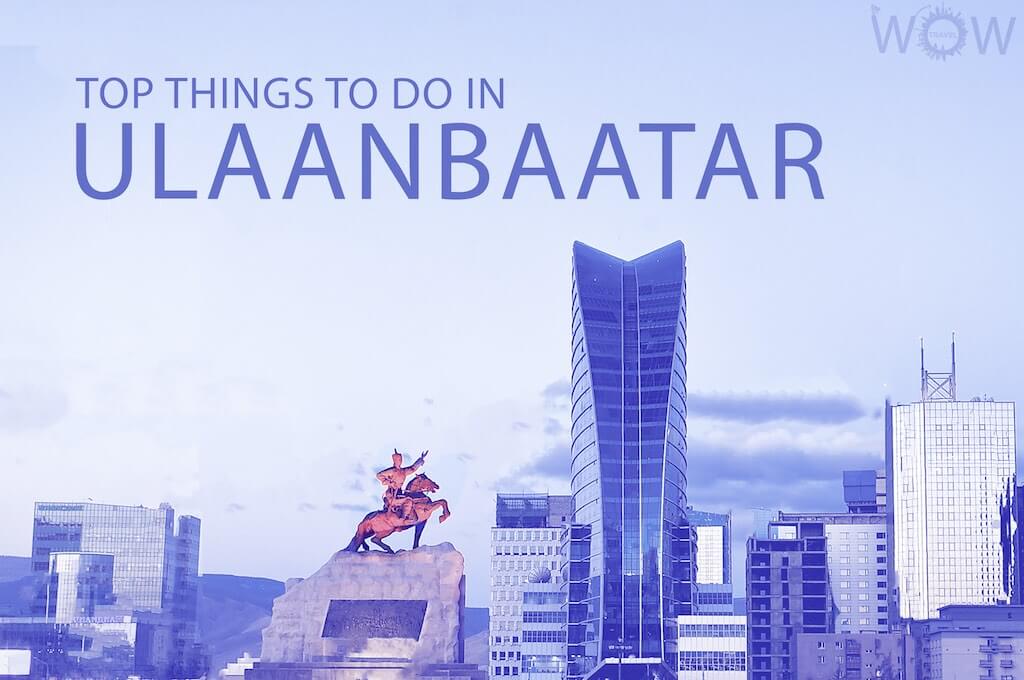 Mongolia’s largest city, Ulaanbaatar, is rated as the coldest capital city in the world with temperatures plummeting to between -30 to -40 degrees Celcius in January. The city which was founded in 1693 was initially a yurt monastery located about 230kms from its current location. The ‘mobile town’ shifted continuously until between 1733 to 1778 when it was finally stationed at the present location. Present-day Ulaanbaatar is a vibrant city of contrasts, with plenty to see and do. What’s amazing about the city is the manner in which the old traditions and culture have been blended into the modern. Modern high rises share common spaces with traditional yurts, while nomads from the countryside wander the streets in their traditional attire, brushing past well-suited businessmen.
[booking_product_helper shortname=”ulaanbaatar”]

Winter Palace of the Bogd Khan

The Winter Palace of the Bogd Khan is only one of the four palaces of the Bogd Khan to have survived the Russian onslaught during the height of Communism in Mongolia. The complex consists of 20 structures built between 1893 and 1903 and was occupied by the last king for 20 years. It is currently the oldest museum in the country with the largest collection of artifacts in Mongolia. Many of the Bogd Khan’s possessions are on display, such as a pair of golden boots gifted to him by the Russian Tsar, his throne and bed, and a robe lined with the skins of 150 leopards.

Recognized as one of Mongolia’s leading museums, the National Museum is probably one of the best places to visit in Ulaanbaatar. Mongolia’s culture through the ages right from the stone-age to the modern day is beautifully showcased here. The three floors of the museum begin with the stone age on the first floor and then continue with Mongolia’s costumes and traditions, culminating in a stunning collection of the Mongol horde on the third floor.

Located in the southern area of the capital city, the Zaisan Memorial is a tribute to the allied Soviet and Mongolian soldiers who were killed in various wars. The memorial which was built by the Russians sits majestically at the top of a hill and features a circular mosaic depicting friendship scenes between the Mongolians and Russians. It’s a steep climb to the top with more than 300 stairs, but once you get there the spectacular scenes of the surroundings are worth the effort.

The former home of the brother of the Bogd Khan, Luvsan Haidav Choijin Lama looks a little out of place amidst the highrises in downtown Ulaanbaatar. This complex consisting of six temples was built between 1904 and 1908 and served as a Buddhist temple complex until 1937.  It was spared demolition during the height of Communist repression because of its timely transformation into a  museum. The attractions here are the 18th-century gilt statue of Buddha Sakyamuni and the embalmed corpse of the Bogd Khan’s teacher.

One of the most prominent and visited landmarks in the city is the Gandantegchenling Monastery, which means the “Great Place of Complete Joy.” This Buddhist monastery too escaped destruction in 1937 but was only reused as a monastery after the 1990s. The monastery was built in 1838 and actively used for religious purposes until Communism took over in 1937. In 1944, Gandantegchenling was showcased as a functioning monastery to the US Vice President Henry Wallace to fool the world into believing the communists were religiously inclusive. The original statue of the Buddha which was built in 1911 was carried away by Russia but in 1996 a new statue of Avalokitesvara was built. There are currently more than 600 monks residing at the monastery.

This monument to The Beatles seems rather odd in the small square where it is placed between the State Department store and the Circus. However, the monument that features bronze images of the Fab Four on one side, and a sculpture of a young guitarist on the other side, was installed as a reminder of a poignant era in Mongolia’s history. In the 1970s when Western music was banned in the country, youngsters in Ulaanbaatar would gather in stairwells to sing and listen to songs of the popular group which had been smuggled in. The sculpture of the young man is a tribute to all those youngsters who grew up in that era. Plans to bulldoze the square in 2017 met with stiff resistance from the locals who took to the streets in protest, ensuring that the iconic monument was saved.

Overlooking Ulaanbaatar from an elevation of 2,256 meters is the first legally protected natural area in the world, the Bogd Khan mountain. It was declared a protected site in 1738 during the reign of the  Qing Dynasty for its natural beauty. The scenic mountain with its unique variety of plants and animals is a popular hiking destination and an easy day trip from the city. The ruins of an 18th-century monastery, the Manzushir Khid can also be found in the southern reserve of the mountain overlooking a verdant valley dotted with pine trees, streams, and granite boulders.

In the center of the city is the popular Sukhbaatar Square named after Mongolia’s revolutionary hero Damdin Sukhbaatar, whose bronze equestrian statue is located at the center of the plaza. The statue was erected in the same spot where Sukhbaatar’s horse is said to have urinated during a rally in 1921 shortly after the victory over China. The horse’s actions were seen as a good omen and a marker was placed to mark the spot where the statue would be erected. However, in 2013 the authorities decided to change the name to Chinggis Khan Square but lost the legal battle to Sukhbaatar’s descendants and the square was restored to its original name in 2016. The square is flanked by important buildings such as the Government House, the pink State Opera & Ballet Theater and the Cultural Palace. To the north end of the square just in front of the Government House is a large colonnade monument dedicated to Genghis Khan, Ogedei Khan and Kublai Khan.

In the courtyard of the Cultural Palace on Sukhbaatar square is the entrance to Mongolia’s National Modern Art Gallery. This government supported organization aims to collect, preserve and showcase contemporary and modern Mongolian art. The styles of the impressive collection range from impressionistic to nationalistic which are uniquely Mongolian. It’s a great place to visit for those who appreciate good art.

About 37kms from Ulaanbaatar city center is one of the most scenic areas in Mongolia, the beautiful Gorkhi Terelj National Park. While most of the park is undeveloped and a little difficult to access, the southern part of the park has quite a few facilities and activities. Attractions at the park include the strange rock formations especially the Turtle Rock and the rock of the Old Man Reading a Book, a 20m deep glacial lake, Khagiin Khar Lake and Yestii Hot Water Springs.

The Central Museum of Mongolian Dinosaurs is a little off the regular tourist trail as the former Lenin Museum in which it is housed isn’t a very impressive looking building. However, the interior of the building houses a very rare and interesting display of openly mounted original skeletons rather than cast copies. Although the display is not very big, there are some interesting specimens showcased such as the Tarbosaurus bataar, the Saurolophus and Velociraptor. The Tarbosaurus bataar hit the headlines in 2012 when it was sold for over US$1 million dollars at an auction in the United States. On the intervention of the president of Mongolia, the fossil was brought back to where it belonged. Many of Mongolia’s dinosaur fossils have long been smuggled out of the country.

The 40m-tall steel statue of one of history’s most brutal rulers revered in Mongolia as the founding father of the nation is located 54km east of Ulaanbaatar. The largest equestrian statue in the world stands atop the 10m tall Genghis Khan Statue complex, symbolically pointing in the direction of Genghis Khan’s birthplace. Visitors to the center can avail of a panoramic view of the surroundings from the head of the statue which is accessed via an elevator. Besides touring the archaeological museum located at the base of the statue, visitors can also enjoy the facilities of the tourist recreation center adjacent to the museum.