Top 10 Things To Do In Budapest 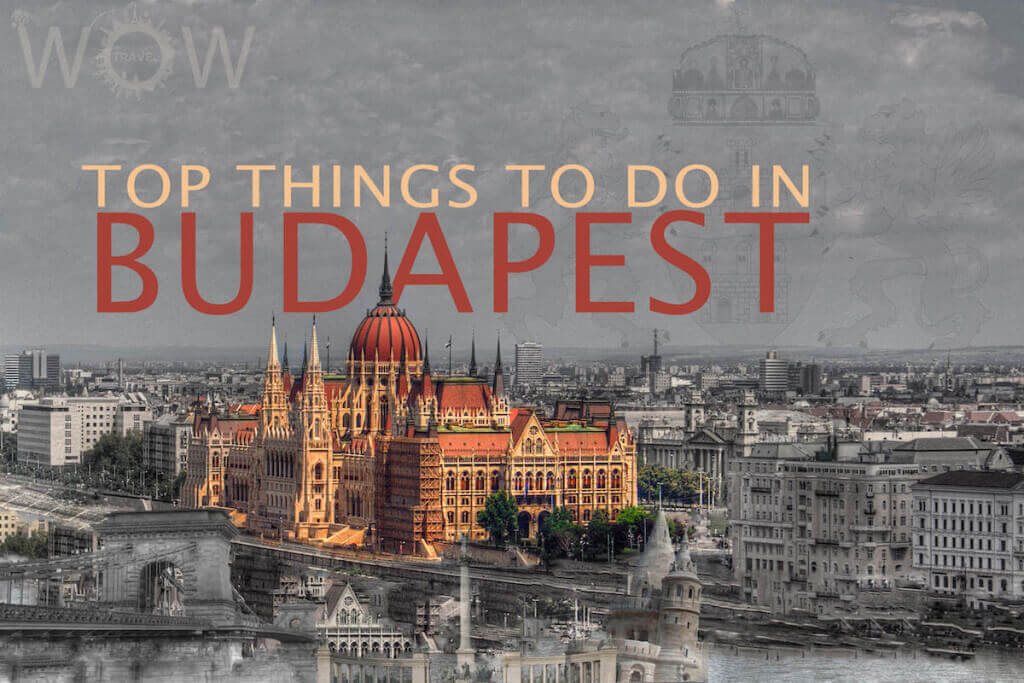 Budapest, the charming capital of Hungary is one of the most beautiful, delightful and hospitable cities of Central Europe. Attractions in Budapest are divided by the River Danube between the ‘Buda’ side with a medieval heritage of Castle Hill and ‘Pest’ with wide 19th century boulevards and parks. Budapest is an easy city to fall in love with, there is everything from funky bars and local wine to gorgeous architecture and streets loaded with history. All major European roads and railway lines lead to Budapest, so it definitely should be on your itinerary when traveling to Europe. Here are our picks for the 10 Top attractions to round out your visit to Budapest.

Opened in the 19th century, in an impressive and historic 3 story construction, Central Market Hall is the largest, most beautiful and richest market of Budapest, offers all kinds of products from meat, fish, spices and vegetables through arts and crafts. Try the ‘3 hour Budapest Market Tour & Wine Tasting‘ to get to know better Hungarian wines and foods.

The Széchenyi Bath is one of the largest spa complexes in Europe and the most popular attraction in Budapest. Its outdoor pool with the steam rising from its surface on winter nights and the complacent elderly men playing chess in the water is a world-famous symbol of Budapest. Szechenyi Bath was 100 years old in 2013, and throughout its history, about 100 millions of bathers have enjoyed the warm medicinal waters and the fun pools.

Opened in 1905, St. Stephen’s Basilica is Budapest’s largest church, it is an impressive roman catholic basilica that you must see with an astounding mixture of neo-Classical and neo-Renaissance architectural styles. During 54 years of construction, the two main architects died and only during the guidance of a third architect the church was finished. In 2003, St. Stephen’s Square was remodeled and the church exterior was fully renovated.

The Parliament stretches 268 meters (879 ft) in its length, along the Danube embankment. Ornamented with white neo-gothic turrets and arches, it forms the most outstanding landmark in the horizon, draws your attention from almost every riverside point. Statues of Hungarian monarchs and military commanders decorate the outer walls. The unique interior design includes huge halls, over 20 km (12.5 miles) of corridors, a 96 meter (315 ft) high central dome, and 691 rooms. A perfect way to visit the Parliament building and the Holy Crown of Hungary, is to go on an organized guided tour.

Located in the Buda Castle Quarter, a World Heritage Site, the Buda Royal Palace is one of the city skyline’s most distinct features, with its huge green dome towering over the city. The first Palace built on site was at the end of the 13th century by King Bela IV, but the palace has been destroyed and rebuilt many times over the centuries because of wars and revolutions. The palace was reconstructed by 1966 with parts of the 15th-century Gothic palace that remains built into the reconstruction. It is home to the Hungarian National Gallery and the Budapest History Museum.

River Cruise on the Danube

A river cruise in Budapest will let you see the most fascinating sights of the historical city of Budapest, which is often called the Pearl of the Danube or the Paris of East. Watch the UNESCO World Heritage site (Buda Castle, Hungarian Parliament, Matthias Church, Fisherman’s Bastion), floating by Gellert Hill, Gellert Spa, Gresham Palace, Hungarian Academy of Sciences, historical bridges and churches, 19th-century universities and contemporary buildings. We recommend you to take the Danube Dinner Cruise, it’s an unforgettable experience.

Situated in front of the City Park, at the end of Andrássy Avenue, one of the most important streets of Budapest. The Heroes’ Square is the largest and most impressive square in Budapest. The square Embodies the indefatigable spirit of the Hungarians and accentuates their victory over the Carpathian region with it’s iconic statue complex featuring the Seven Chieftains of the Magyars and other important national leaders, as well as the Tomb of the Unknown Soldier.

A neo-Renaissance opera house, built in 1884, by the architect Miklós Ybl on the plans of the Staatsoper of Vienna, it was the most modern European theatre of its time. For the first time in the world, the wooden stage machinery from the Baroque era was replaced by a metal system operated by hydraulic power. In 1984, one hundred years after it first opened, the fully renovated State Opera House reopened its doors.

The world famous bridge spanning the Danube between Széchenyi Square on the Pest side and Clark Ádám Square in Buda. It is the Hungarian capital’s first bridge, was built upon the request of Count István Széchenyi by designer William Tierney Clark and engineer Adam Clark between 1839 and 1849, but rebuilt again in 1949 after World War II. Crossing the suspension bridge by foot is a popular tourist activity, and offers wonderful views all around.

Known for having the best view of Budapest. The hill is volcanic in origin and still has several geothermal springs that supply the spas that surround the hill. Named after St Gellért, a Benedictine monk who died in 1046, the hill’s northeast slope is home to the Gellért Monument. The tribute to Hungary’s most famous saint is perched high above a man-made waterfall with magnificent views over the city.