Top 12 Things To Do In Saint Kitts And Nevis 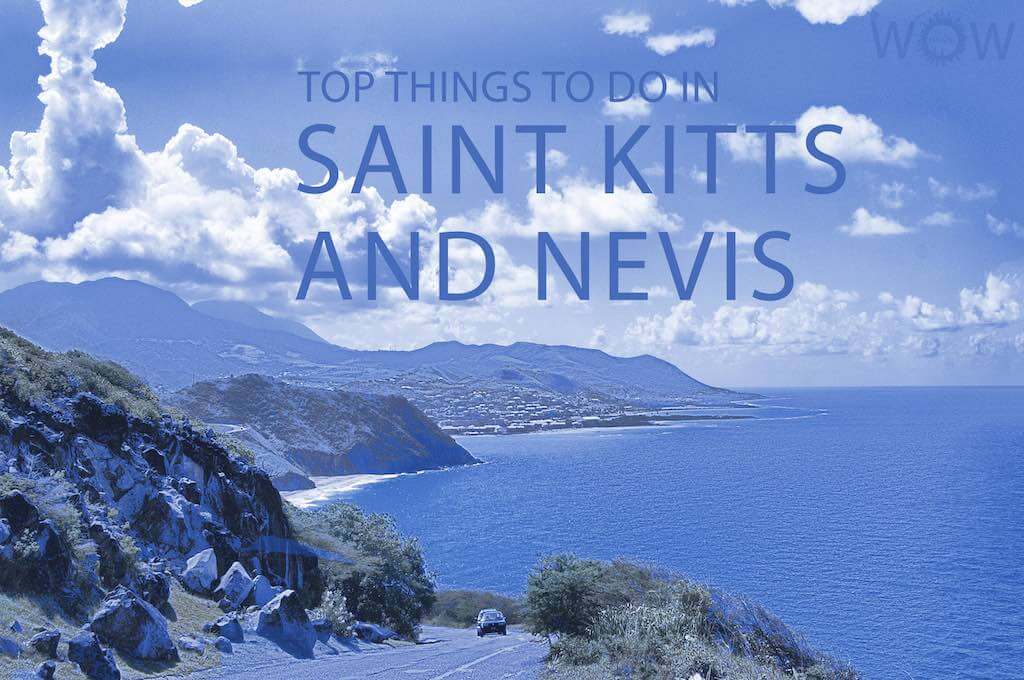 This beautiful two-island nation in the West Indies also referred to as the Federation of Saint Christopher and Nevis is the smallest sovereign state in the Western Hemisphere. Despite its size, Saint Kitts and Nevis have a rich history. These islands were among the first islands in the Caribbean where the Europeans decided to set up their colonies and so Saint Kitts is referred to as ‘The Mother Colony of the West Indies.’ Saint Kitts is the larger of the two islands and separated from Nevis across a shallow channel called The Narrows. The islands are a great place for a Caribbean vacation with plenty to see and do, although Nevis is the more tranquil of the two. From partying along the strip at Frigate bay to discovering the island’s history at the museums and the fortress to ziplining through the rainforest, there’s a lot that will keep you busy here.

This UNESCO World Heritage site situated on a hill overlooking the bay is one of the best-preserved historical fortifications in the Americas. It is also the earliest surviving example of the ‘Polygonal System’ of fortress design. The fortress was built by African slave laborers according to the designs of the British military. St. Kitts was the scene of many battles in the struggle for dominance as it was the first West Indian Island to be colonized by the Europeans, therefore, it needed to be protected. Some of the buildings of the fort were demolished when the British abandoned it in 1853 but most of the structures dating back to the 18th century are still intact.

This is one of the tallest peaks in the eastern Caribbean archipelago and the highest point on Saint Kitts. The mountain was initially called Mount Misery but was renamed Liamuiga meaning fertile land, in 1983. During the uprising of the Carib Indians in the 1600s, thousands of the islanders were massacred and many survivors committed suicide by jumping into the deep crater of the volcanic mountain; hence the name Misery. The 1,156-meter high mountain is a great place to trek and enjoy a spectacular view of the surroundings.

One of the best ways of seeing the island of St. Kitts is by taking the St. Kitts Scenic Railway ride. This 3-hour tour covers about 30 miles around the Eastern Caribbean partly in a colorful early 20th-century train and partly by bus. The narrow-gauge train was built to transport sugar cane from the sugar plantations to the sugar factory in the capital city. The ‘Last Railway in the West Indies’ will take you on a memorable journey through some excellent scenery. It’s a great way to marvel at the scenery and experience the culture of this beautiful land.

Friar’s Bay which is located in Saint George Basseterre Parish consists of two beaches, one which is on the Caribbean and the other on the Atlantic. The South Friar’s Bay on the Caribbean side is very popular for snorkeling and also for the great view. It has much calmer waters than North Friar’s Bay which is located on the other side on the Atlantic. Both bays have fine sandy beaches which are ideal for sunbathing. However, most people consider the beach on the southern side to be best on the island.

The Romney manor estate was built by an early colonist Sam Jefferson, said to be the direct ancestor of the third president of the United States of America, Thomas Jefferson. Romney Manor was once the residence of the owner of Wingfield Estate but has since been turned into the Caribelle Batik workshop and store. Most visitors take special delight in the gardens, especially the 350-year-old saman tree. An old tower bell in one corner is a remnant of the slave era where slaves were watched from the gallery by the plantation owners as they went about their daily routine.

Basseterre, the capital city of Saint Kitts & Nevis is one of the oldest towns in the Eastern Caribbean.  The city was founded by the French in 1627 and served as the capital of the French colony of Saint Christophe. There are quite a few well-restored buildings in downtown Basseterre, like the Circus (modeled on the lines of Piccadilly Circus, in London) and the fountain which are remnants of a bygone era. It is quite surprising that these structures have survived some of the worst disasters that the city has faced in the past. From natural calamities like fire, earthquakes, and floods to manmade disasters like the colonial wars and riots, the city has one of the most poignant histories of any capital in the Caribbean.

The building which houses the collection of the National Museum of Saint Kitts was formerly the Treasury Building, constructed in 1894. Located in Basseterre not very far from the pier, it was once used as the entry port. The museum was inaugurated in 2002 to showcase the culture and heritage of Saint Kitts and Nevis. It’s a great place to visit if you want to understand the history and culture of the island.

The St. Kitts Eco Park is located on the southern part of the island and is a joint effort in farming between Taiwan and St. Kitts & Nevis. The park is not your typical tourist destination but it has some beautiful scenic sights. A wide variety of tropical fruit trees and vegetables have been planted on the forty-acre park. Although the Taiwanese were hoping to sell a wide variety of fruit from the property to the locals, only a few fruits like the dragon fruit and guavas are in demand. The main house located on the property has a number of Taiwanese art pieces and tourist collectibles. At the house, you can also enjoy some Taiwanese tea.

The two-story Georgian style building which was originally built in 1680 was the birthplace of one of the founding fathers of America – Alexander Hamilton. Hamilton lived on the island until the age of nine. The building was severely damaged by an earthquake in 1840 but restored in 1983 and partially converted into one of the two museums in Nevis. The first floor houses the museum while the second floor serves as the meeting room for the Nevis House of Assembly.

Located at the far south of St Kitts and overlooking the island of Nevis, the sand and calm waters of Cockleshell Beach is a good way to spend the day. The vibe on the beach is great with plenty of bars and eating places in the area, with access to changing rooms. Cockleshell Beach is also the place where you can enjoy some watersports. You can rent jet skis, kayaks, and paddleboats at St. Reggae’s Beach Bar. The beach can get a bit crowded if a cruise ship arrives but otherwise, it can be quite empty and peaceful.

Almost every visitor to the beaches of St. Kitts southeast peninsula has probably stopped at Timothy Hill to capture that defining picture. The 360-degree view of the surroundings is quite spectacular. You can get a clear view of both the Atlantic and Caribbean Seas, Friar’s and Frigate bays as well as Nevis and the hilly peninsula. It can get quite crowded at certain times of the day as almost everyone stops here.

Adjacent to the Wingfield River, in a lush rainforest you’ll find Wingfield Estate, a former sugar plantation dating back to the mid-1600s. It was the first land grant in the English West Indies and was originally a tobacco and indigo plantation before the owners switched to sugar. Sugar cane was then grown on the site for about 350 years before it closed down. In 2013, the original rum distillery which had been buried for many years was discovered, marking Wingfield as the oldest intact distillery in the Caribbean. On the estate, you’ll also find 17th-century Amerindian petroglyphs. For the adventurous, you can enjoy zip-lining through the forest of the estate.