The 12 Most Beautiful Places In Bolivia 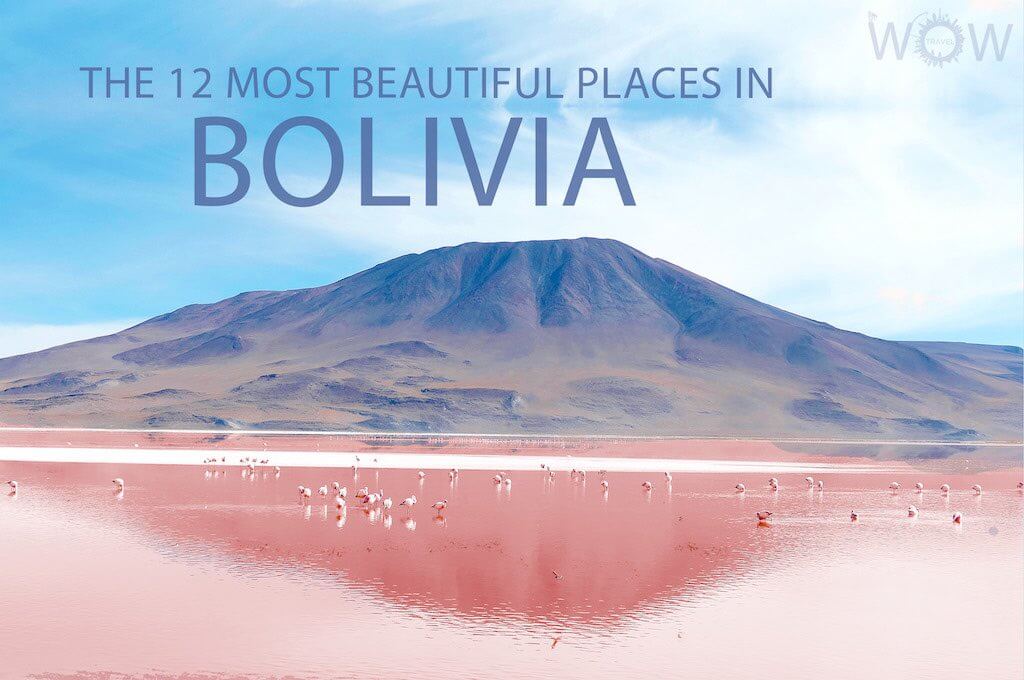 The largest landlocked country in the Southern Hemisphere and only one of two landlocked countries in the Americas is the intriguing nation of Bolivia. Bolivia has aptly been described as a land of ‘superlatives’ with the highest capital city, largest salt flat and the driest desert in the world all within its boundaries. From the stunning Andean peaks in the West to the Eastern Lowlands of the Amazon Basin, Bolivia is a land of great geographical diversity. This diversity has resulted in some of the most astounding landscapes in the world, protected by a special law. Bolivia’s ‘Law of Rights of Mother Earth’ has received a lot of global attention as it grants nature the same rights as humans. No wonder large swathes of nature have remained untouched, adding to the beauty of the land. In the past, large parts of Bolivia were under the Inca Empire before the Spanish conquistadors arrived, and both cultures have left their indelible imprint on the land.

Often referred to as the ‘highest navigable lake in the world,’ this beautiful expanse of water is shared by Bolivia and Peru. Lake Titicaca, one of the few ancient lakes on earth has been the mainstay of many cultures, even before the arrival of the Incas. Ruins of an underwater temple that were discovered by an archaeological team in 2000 are ample proof of this. The lake is characterized by serene crystalline waters that reflect majestic snowcapped peaks that surround it.

In the southern part of Lake Titicaca is the ancient Isla del Sol which is said to have been inhabited by humans continuously since 2200 BC. The Inca believed that it was the birthplace of the Sun God, hence the name Island of the Sun. There are more than 80 ancient ruins on the island that are worth exploring. Several traditional communities live on the island in pretty villages that add to the beauty of the island. However, the northern section of the island is off-limits to visitors because of a dispute between the island communities. There are plenty of hiking trails offering spectacular views but the sun can be quite brutal here so make sure you’re carrying enough drinking water.

This UNESCO World Heritage site is one of the few places in the Amazon Basin which is largely untouched. Possibly due to its remoteness from the regular tourist destinations, Noel Kempff Mercado National Park has remained an untouched wilderness. The park which is spread over an area of 16,000 square kilometers shares a border with Brazil. The Huanchaca Plateau which has some stunning landscapes occupies a large area of the park. Tours to the park can be arranged from Santa Cruz, about 600kms away.

Situated at an elevation of 3,640 meters, the highest capital city in the world is definitely a stunning place to visit. Located in a valley between the Andes and the Amazon, La Paz is surrounded by some breathtaking scenery. The city itself can be quite overwhelming and a bit of a culture shock after the pristine countryside, but it is no less beautiful. Cobblestone streets, Gothic spires, and ancient markets vie for space with glitzy hotels and new building complexes.

One of the most popular hiking trails is the trail through the pristine Cordillera Real region. Located east of La Paz and southeast of Lake Titicaca, the mountain range with over 600 peaks is a sight that will leave a lasting impression. Even if climbing is not your forte or ideal holiday activity, take a trip for the breathtaking scenery of the varied terrain. The easier hiking trails also provide plenty of photo opportunities.

As the name suggests this lake located in the Eduardo Avaroa Andean Fauna National Reserve is actually green in color because of the mineral deposits present in it. However, the color of the lake is transformed between dark emerald and turquoise, depending on the winds. The inactive Licancabur volcano provides the perfect backdrop to this beautiful water body which is separated from the Laguna Blanca by a narrow isthmus.

Lying at an elevation of 3,656 meters the largest salt flat in the world is definitely a site worth visiting. The pure white expanse of the Salar de Uyuni which extends 12,106 square kilometers is especially stunning when the surface is covered with a little water. The salt flat is then transformed into a giant mirror, reflecting everything in the vicinity, from the sky to objects on it. During the month of November, the Salar becomes a breeding ground for three different species of flamingoes.

The Los Lipez region is filled with rock formations that will leave one quite spellbound. However, the most famous of these is the Arbol de Piedra. This seven-meter high structure is referred to as the ‘Stone Tree’ because of its stunted shape. Erosion and other natural causes have created this much-photographed spectacle in the desert.

On the eastern mountain ranges of the South American Andes in the Potosi region is the colonial village of Torotoro, surrounded by the Torotoro National Park. The ‘Jurassic Park’ of Bolivia is renowned for its sweeping canyons and more than 2500 dinosaur footprints. The landscape is a geological wonder with petrified fossils taking on new shapes, surreal rock formations, and mystical underground caves.

Another beautiful lake close to the border of Chile within the Eduardo Avaroa Andean Fauna National Reserve is the striking Laguna Colorada. What makes this lake stand out is the contrast between the blood-red water caused by sediments and pigmentation from algae and the white color from the borax islands within the lake. This lake which is rich in plankton also attracts three of the world’s six flamingo species. The best time to get that perfect shot of the red water is before sunset but another great capture is early in the morning when the mist rises from the volcanic warm water.

Valley of the Moon

Not too far from the capital city of La Paz is this gorgeous maze of canyons and giant spires, aptly named Valle de la Luna (Valley of the Moon). Local lore has it that the name was bestowed on the site by none other than the great astronaut, Neil Armstrong when he visited. The region is not really a valley but the remnants of a clay-and-sandstone mountain that has been weathered over a long period of time. One of the most striking features of this rather strange landscape is the varied hues of these formations because of the mineral content of the rock.

A little off the regular tourist track but quite popular on the Gringo Trail is this lush green paradise in the foothills of the Andes. The tranquility of this village has probably been dented with the growing interest in the area but it is still an area worth visiting. The World Heritage pre-Inca site of El Fuerte is what brings most visitors to Samaipata, but there is much more to marvel at in the pristine surroundings. The village is becoming an increasingly favored stopover point for people wanting to explore the Amboro National Park.