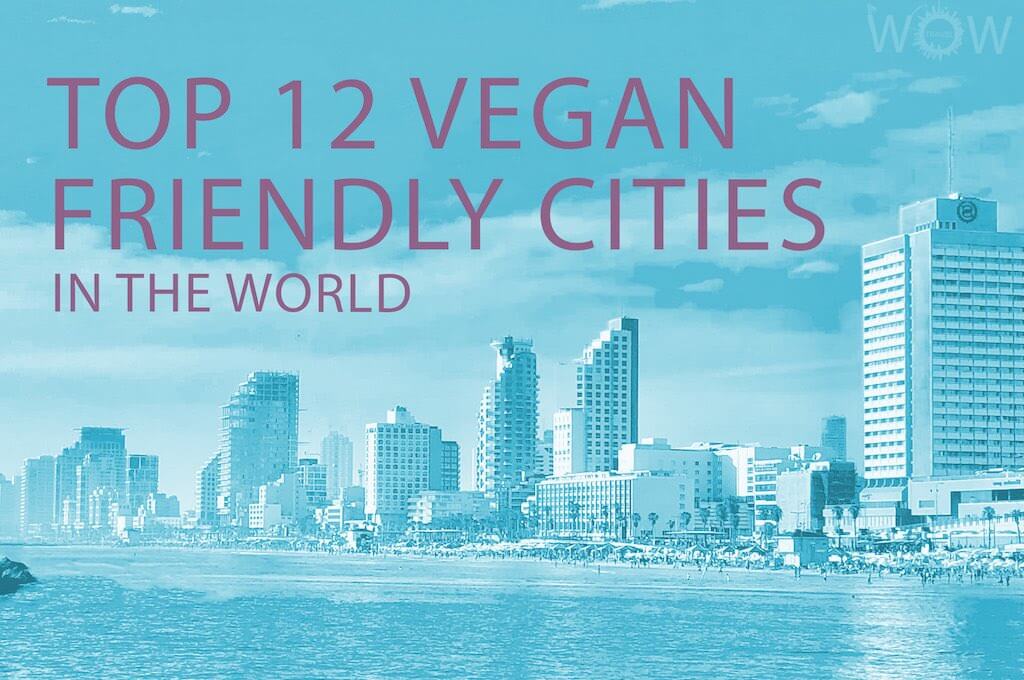 Though most of the people out there in the world love to eat and cherish the vegetarian cuisine, it’s not at all easy to find vegan-friendly cities, especially when you don’t have the list. It’s not easy to rank any city based on how many vegetarian restaurants they have. And that’s the reason why it’s not easy to even completely declare a city as a vegan one, especially when you are about to visit the city and know next to nothing about it. So, for your convenience, here is a complete list of top twelve world cities which sport a classy ‘vegan-friendly’ tag behind their name.

London is the home to some of the famous vegan restaurants. This city is the epitome of vegetarian cuisine, with having more than a hundred vegan restaurants. Every three to four days, London hosts vegan festivals, cheering both the locals and tourists in the city.

Apart from being the rainy city of Washington, Seattle is one of the best spots to enjoy a vegan-friendly menu after Portland and Los Angeles. Quinoa and rice bowls are famous in the Broadfork Café which is a new addition to the restaurant list. To experience a Thai inspired vegan menu, do pay a visit to Kati Vegan Thai to taste their garden rolls and a variety of soups. The oldest pizza restaurant of America, Pizza Pi, will further allure you with their vegan-friendly and delicious menu. Have the taste of the organic foods at Heartbeat Organic Superfoods Cafe, especially their chocolate mousse torte and the warm grain bowls.

Chiang Mai is one of the most famous vegan cities in Thailand, making it a popular tourist spot also. In fact, for most of the people, this is the vegan paradise, with an estimate of twenty-three restaurant per one hundred thousand Thai residents. Dishes like Chia pudding with fresh mango, fried tofu, penne pasta, pancakes with coconut whipped cream, and papaya salad are some of the best vegan dishes you can try in Chiang Mai.

Berlin is growing as a vegan city as a faster rate, even faster than expected with already twenty-six vegan restaurants. The menu is almost all the eateries are made in a way where you can enjoy the vegan crisps to the vegan soup and other dishes. The 1990 Vegan Living will take you back to the early Vietnamese vegan dishes, giving you the exquisite taste of their foods. The wood-fired dishes of La Stella Nera stand out amongst all other vegan restaurants in the city, especially with their pizza.

With over ten totally vegan restaurants, Budapest is one of the best towns in Europe where you can have inexpensive vegan dishes and that too at ease. Don’t forget to pay a visit to the Napfenyes Etterem to taste their sautéed seitan in carrot soup which is loaded with donuts.

More than fifty restaurants are present in Prague which will welcome you with its vegan-friendly menu, thereby satiating your cravings for some vegetarian dishes. The newly added vegan cheeseburger from the Forky’s is a must to try, along with the Buddha bowls and vegan hotdogs. Londynska is another famous vegan restaurant with an Asian inspired menu which you should never miss. Try the wheat seitan with plum-apple sauce from Plevel in Prague.

Italian cuisine is all famous in every corner of the world. But, Turin has enhanced this popularity in the realm of 100% vegan cuisine. In fact, the city has a complete vegan food map which will give you an insight in all the twenty vegan restaurants which have been opened in this Italian city following the 2016 declaration of making the city vegan-friendly. The colorful and healthy burgers from Turin’s flower burger store are one of the famous dishes to keep the tourists engaged in the Italian taste. Coox focuses on preparing a menu from plant-based foods like tempeh with vinegar and almonds, potato pie, and quinoa roast.

If you think that it’s hard to find vegan-friendly restaurants, then you are absolutely mistaken. Canada has become a hub of vegetarian cuisine, thanks to Toronto which houses an impeccable vegan cuisine. Experience the superb taste of the vegan pizza along with the delicious doughnuts at Apiecalypse Now, one of the most visited fast food centers in the city. If you are up for tasting the raw and fresh taste of the vegan dishes, then do not miss Rawlicious’ pad thai with zucchini in it.

Stockholm is another popular city in Sweden that offers a vegan-friendly cuisine to both the locals and the tourists. Here, you will get some of the delicious dishes whose aroma will tickle your olfactory lobes the moment you will walk in the restaurant area of the city. Many times you wish to have a Chinese vegan restaurant in the European cities but the search is not easy. Stockholm has an all Chinese vegan restaurant, Lao Wai, offering mouthwatering dishes. The cinnamon buns are quite famous in the entire city, which you should never miss.

Though you will not find many vegan restaurants in Paris, the city is changing its menu and hence it’s attracting a lot of tourists from all around the world. Café Ginger is making it’s menu completely plant-based, making sure that people do enjoy the dishes to their fullest. For a complete vegetarian cuisine, Gentle Gourmet is one of the popular places to dine out with your family.

Another popular European city in the vegetarian list is Amsterdam, the capital of the Netherlands. Here, you can find the clusters of the vegan restaurants every five minutes, gracing the sides of the canal roads. Poffertjes is one of the popular vegan street foods, coming with maple syrup and powdered sugar covering the pancakes. The vegan version of the Dutch split pea soup is another famous dish throughout Amsterdam. Another dish you can try is the Oorlog or the war chips from Amsterdam.

Tel Aviv is said to be one of the best cities in the world for enjoying vegan cuisine. Though many vegan cities, somehow Tel Aviv has attracted more tourists with the help of the exquisite taste of their vegetarian dishes. In the entire city, you will find more than four hundred vegan restaurants, housing some of the best vegan menus.