Top 7 Things To Do In Bratislava 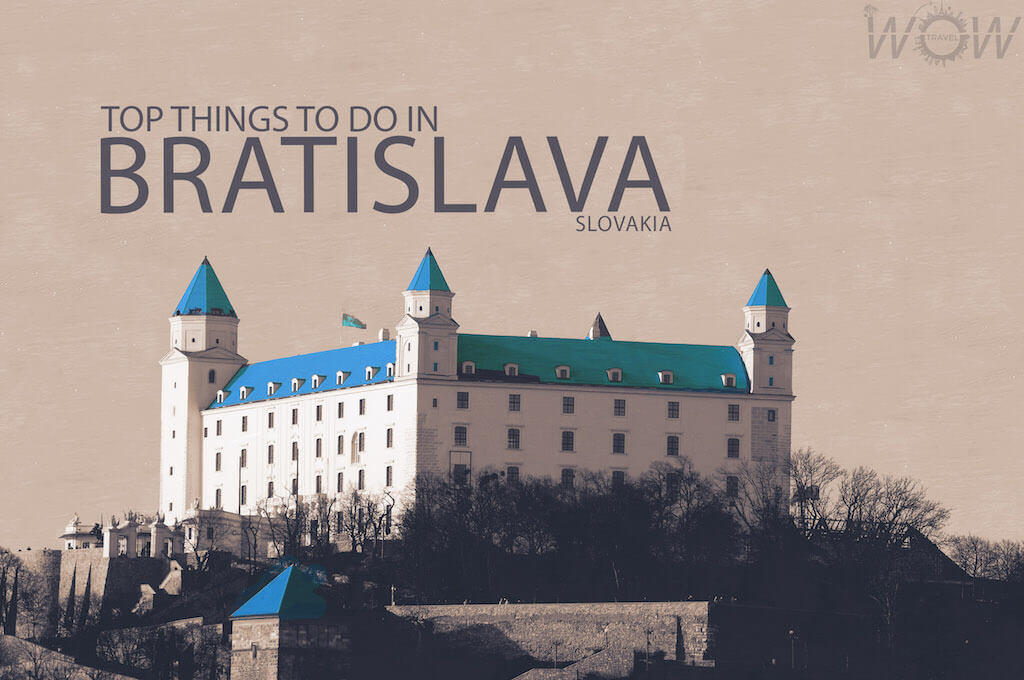 Bratislava, formerly called Pressburg, is just starting to gain popularity on the European tourist route and for those of us that enjoy smaller crowds and cheaper prices, this beautiful city is still largely untouched and unexplored. Bratislava has a mild continental climate, with wide differences between temperatures in summer and winter which make it a perfect tourist destination with lots of sights and activities. Spring fairs, Summer festivals, Christmas markets, river cruises all year round, skiing or ice skating in the winter are among the many attractions this city offers. Its beautiful architecture, great and inexpensive food and the warmth of its people are some of its best assets. Bratislava was once famed as a tri-lingual city, whose residents could switch with ease between German, Hungarian and Slovak, and although not many people speak English fluently they receive visitors with open arms and are always willing to help tourist enjoy and have a great time. We paid a short visit to Bratislava but we enjoyed it very much. Take a look at WOW Travel’s Top 7 Things To Do In Bratislava.

Due to its great and strategic location, in the center of Europe at a passage between the Carpathians and the Alps, this castle was inhabited and played an important role in the region for thousands of years. The castle building includes 4 towers, the exterior walls and inside corridors contain fragments of old Gothic and Renaissance construction elements. The second-floor houses the-the Slovak National Museum and the west wing of this floor house the 4 halls of the Treasure Chamber with a collection of the most precious archeological finds and other objects of Slovakia, including the prehistoric statue called the Venus of Moravany. The first floor in the south wing of the building houses the rooms of Slovak parliament.

This famous Bratislavan attraction is the only city gate that has been preserved of the medieval fortifications therefore it is one if not the oldest building in the city. It was built in the 1300’s but reconstructed in a baroque style in 1758 when the statue of St. Michael and the Dragon were added to embellish it. On the sixth floor of the tower, there is a balcony that offers a magnificent view of the Old City. Many excellent restaurants and boutiques surround the gate.

This church has only one nave and it was built between 1907 and 1908. The interior is richly decorated with altarpieces and on the altar, there is an illustration of St Eliizabeth giving alms to the poor. This is one of our favorite Art Nouveau buildings in the city. This Catholic church is so popular that there is a model of it in Mini-Europe in Brussels.

The castle stands on the frontier between Slovakia and Austria and it was built in this specific spot because it is at the confluence of the Danube and Morava rivers. Going through its many terraces, walls, staircases, and open courtyards visitors can feel the glorious past if this fort. The Hungarians regarded it as the western gateway of the Kingdom of Hungary.

It was designed by Ján Svetlík as a monument and a military cemetery of thousands of Soviet Army soldiers who fell during World War II while liberating the city in April 1945 from the Germans. Those sad days are gone and this monument is today the center of an affluent residential area, with lots of embassies and elegant mansions.

Bratislavans call this bridge the most important construction of the 20th century in Slovakia. It is a cable bridge built between 1967 and 1972. A significant section of the Old Town below Bratislava Castle, which included nearly all of the Jewish quarter, was demolished to create the roadway that led to it. Parts of the historical city walls were unearthed during construction. The top of this bridge hosts one of the most popular restaurants in the country.

This bridge has an observation deck shaped like a UFO flying saucer that is 95 meters high above the ground.

Bratislava is an excellent destination to enjoy opera and it may be a surprise to many but this city has two opera houses. The architects designed numerous theaters in Europe, including ones in Vienna, Prague, Budapest, Graz, Salzburg, Brno, Carlsbad, Zurich, Hamburg, Zagreb and Odesa. The Old Opera Building in Bratislava is a neo-Renaissance structure with a charming Ganymede Fountain by Viktor Tilgner in the front.