Top 7 Fastest Trains In The World 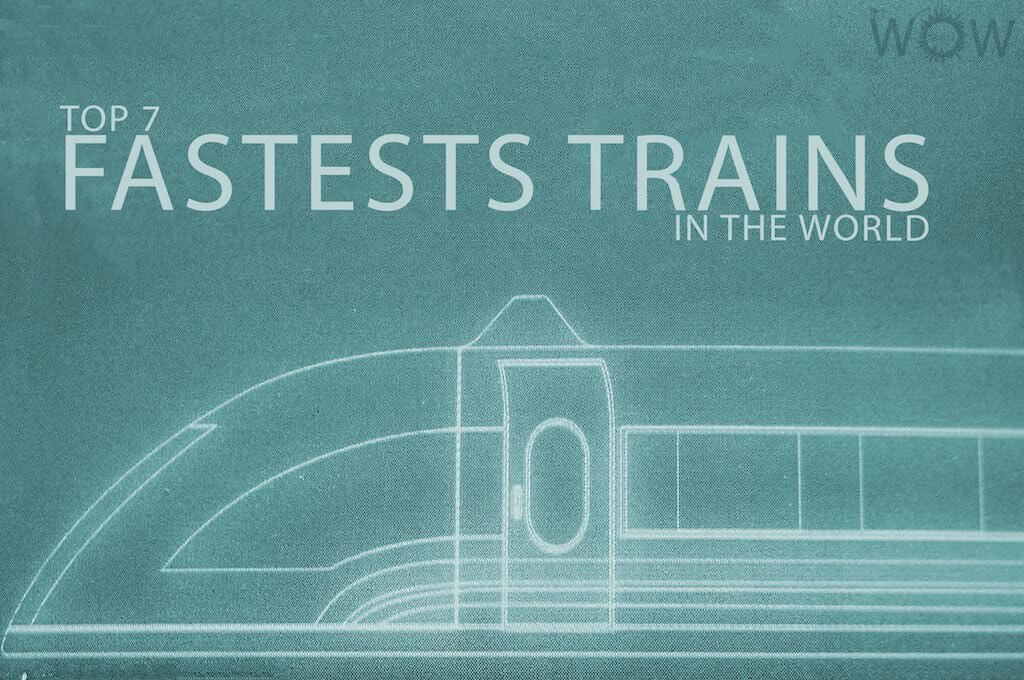 The Japanese Maglev bullet train recently broke its own world record as the fastest train in the world by traveling at 604 kmph (374 mph) for nearly 11 seconds. Right now, the train is still only a prototype and we will have to wait until 2027 for it to be put into commercial transport between Tokyo and Nagoya. Untill that happens, check out the list of the Top 7 Fastest (Commercially Operated) Trains In The World.

Euroduplex is the multi-system double deck high-speed train of the Avelia range. it is operated by the French railway company SNCF and connects French, Swiss, German and Luxembourg rail networks. It is today the world’s only train totally interoperable, meaning that it is capable of operating seamlessly across several European rail networks.

E5 Series Shinkansen is a high speed service between Tokyo and Shin-Aomori at 3 hours and 10 minutes. This was the first “long nose” design used to minimize air turbulence, especially when going into tunnels, and there are many of them along the route.

Velaro E is a Spanish version of the Velaro family, a family of high-speed EMU trains used also in Russia, Germany, China and Turkey. The Velaro E operates between Barcelona and Madrid (in 2.5 hours) and was developed by German engineering company Siemens.

Automotrice Grande Vitesse (AGV) Italo, the first train in the AGV series, is currently the fastest operating train in Europe and the third fastest train in the world. The main routes served are Turin-Milan–Bologna, Rome–Venice and Bologna–Florence–Rome–Naples.

Harmony CRH 380A is one among the four train models designed to be operated at speeds of 380 kmph on the newly built Chinese high speed lines. The train use 25 kV AC Overhead electrical system while can bring 494 passengers. The main routes served are Shanghai–Nanjing and Shanghai-Hangzhou at well as Beijing-Shanghai and Wuhan-Guangzhou. While waiting for your next train, stay at the best hotels in Hangzhou.

Shanghai Maglev is the first commercially operated high-speed magnetic levitation line in the world. The line is not a part of the Shanghai Metro network, it connect Shanghai Pudong Airport and the outskirts of central Pudong where passengers could interchange to the Shanghai Metro to continue their trip to the city center.