Top 12 Fashion Capitals Of The World 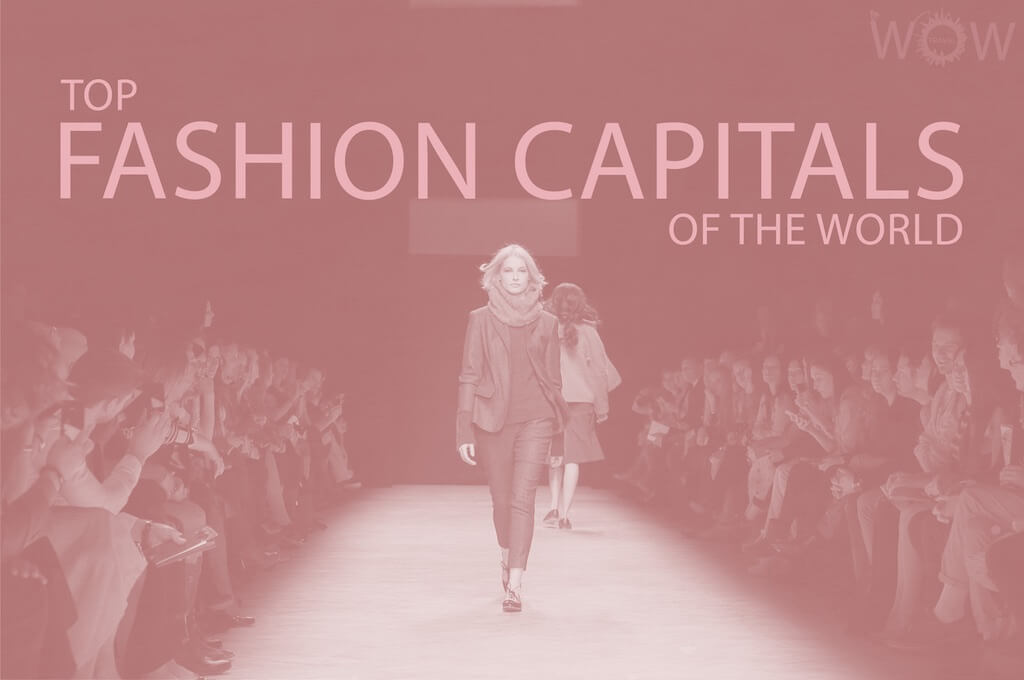 New York City, Paris, London, and Milano are the most prominent fashion capitals in the world known as the “Big Four,” but there are many others which are making a name for themselves on the international scene. All of these places host their own Fashion Week, and major fashion houses are flocking to these regions to show off their latest creations amongst the prominent local designers. Here is a look at some of the top fashion capital cities around the wmorld.

New York is arguably the no.1 fashion capitals of the world. It’s fashion week which is held every February and September in Manhattan is one of the major fashion weeks referred to as the “Big Four”. The city is home to some of the best fashion schools in the world and some of the most famous designers in the world including Ralph Lauren, Marc Jacobs, Tom Ford, Donna Karan, and Carolina Herrera.

Home to the British Royal family, London is also known for its bold fashion. Like many of the other “Big Four,” the city’s Fashion Week is held twice yearly, and it was the first to broadcast their show live on the internet. Some of the city’s finest designers include Alexander McQueen, John Galliano, Stella McCartney, Vivienne Westwood, Matthew Williamson, and Christopher Kane.

Milan has always been known for its superior quality when it comes to their fashion, and millions flock to the city for their Fashion Week which was established back in 1958. There are over 40 shows every season, many of which are held at historic landmarks including palaces and squares. Some of the biggest fashion houses in the country, and the world includes Gucci, Prada, Roberto Cavalli, Dolce & Gabbana, Missoni, and Valentino. Some of the 11 Best Hotels in Milan are inspired by fashion, too. Milan is a gay friendly city. On that note, we have a list of Top 11 Gay Friendly Hotels in Milan.

Apart from the Eiffel Tower and it’s amazing cuisine, Paris is known for its fashion. The world’s biggest Fashion Week is held in Paris, France and it has been held there since 1973. Paris Fashion Week is one of the best-known in the world. Some of the most famous names in fashion have come from this city, including Christian Dior, Coco Chanel, Hubert de Givenchy, and Yves Saint Laurent.

Tokyo is home to tens of millions of people, and one of the things that it is known for is its quirky fashion scene. The city’s Fashion Week, which is also referred to as Japan Fashion Week and Mercedes Benz Fashion Week Tokyo, has not been around for very long but with every show, its popularity increases. Some of the biggest names to come out of the city include Issey Miyake, Hanae Mori, Kenzo Takada, and Hiroko.

Los Angeles will always be known as the home of some of the world’s most celebrities, but the city is also known for its fashion. The city hosts its fashion week during March and October, and it was initially created as the West Coast alternative to New York Fashion Week. Designers like Cynthia Vincent and Pamela Skaist-Levy (the co-founder of Juicy Couture) are often featured at the show.

Rome has always been known for its unique craftsmanship, specifically when it comes to costume design. The city’s fashion week which takes place in January and July features both local and international designers. Some of the biggest fashion houses have shown off their work at this Fashion Week including Giorgio Armani, Fendi, Gucci, Tory Burch, Jason Wu, and Gimmo Etro.

Amsterdam, the home of Anne Frank House, Van Gogh Museum, and the Red Light District is one of the many fashion districts in Europe. Fashion Week, which was organized by Fashion Week Nederland has been taking place every February and September since 2016. The city has always been known for its fashion scene and some of the major fashion designers to show here include Viktor & Rolf, Iris van Herpen, and Bas Koster.

Berlin, like many of the other fashion capitals of the world, has some of the hottest trends in the industry. The city has more than 40 fashion school and its Fashion Week which was established in 2007 is increasing in popularity. Some of the designers who have come from this city, as well as neighboring cities, include Karl Lagerfeld, Hugo Boss, and the founders of Escada – Margaretha and Wolfgang Ley.

Madrid made its way from number 14 in 2014 to being one of the top 10 fashion capitals of the world, just 3 years later. Its Fashion Week is an ever-growing event held twice a year. Both international and local have shown their works here including Manolo Blahnik and Amaya Arzuaga, and it attracts fashion enthusiasts including Cristiano Ronaldo, Irina Shayk, and the Duchess of Alba. Make the most out of your vacation by choosing to stay at one of the 11 Best Hotels in Madrid.

Shanghai is home to some of China’s most talented designers, and although its Fashion Week is relatively new, only being established in 2001, it has been growing in popularity ever since. Held twice yearly, Shanghai Fashion Week is a part of the Shanghai International Fashion Culture Festival. Some of the most famous designers from Shanghai include Uma Wang, Zhang Da, Qiu Hao, Helen Lee, and Nicole Zhang.

Barcelona is the second-largest city in Spain. Known for all the Gaudi buildings scattered throughout the city, Barcelona is one of the most visited places in Europe. The city’s fashion industry is one of the fastest-growing in the world and with the launch of its Fashion Week, things are looking up for Barcelona. The city is home to fashion houses such as Cristobal Balenciaga, Massimo Dutti, and Mango.