10 Most Extensive Metro Systems In The World 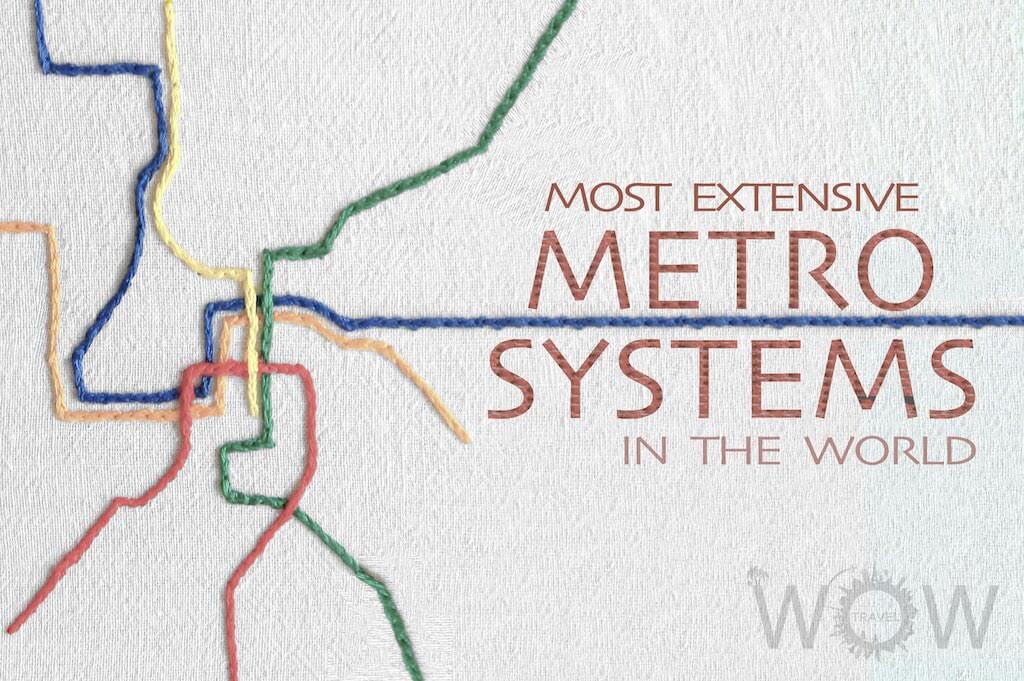 There are approximately 160 metro systems in 55 countries worldwide. Sometimes referred to as subways, U-Bahns or undergrounds. With features like heated seats, WiFi access, and art-filled stations, metro systems sometimes become the attraction itself rather than just a way of transportation. The metro system with the longest route length in the world is in Shanghai; the busiest one is in Beijing and the one with the most stations is New York City. Below is a list of the 10 Most Extensive Metro Systems In The World by number of stations. We also provided the passenger route length of each system and the annual ridership.

197 stations / Length: 329 km (204 miles) / Annual ridership: 2.5 billion. With  marble, high ceilings, chandeliers and stone ornaments, 44 of Moscow Metro stations are stated as Russia’s cultural heritage sites for their beauty and historical value. The deepest station is “Park Pobedy”, 84 meters (275 ft), one of the deepest stations in the world. At the same metro station one can experience the longest escalator (126 meter / 413 ft).

301 stations / Length: 294 km (183 miles) / Annual ridership: 561 million. The Madrid metro is fast, convenient and relaxing way to get around, with air conditioned, well-spaced and modern carriages.

303 stations / Length: 214 km (133 miles) / Annual ridership: 1.5 billion. The Paris Metro is the city’s lifeline and connects the farthest reaches of Paris to the bustling city center. Each metro stop in Paris has a theme, there is even one metro station that looks like a submarine (Steampunk station).

311 stations / Length: 331 km (206 miles) / Annual ridership: 2.6 billion. Nearly all of the newer Seoul subway trains are equipped with screens that bring you service announcements, international news, stock prices and football highlights. Additionally, the seats of the Seoul subways are all heated to make sure your butt stays nice and toasty during the cold Korean winters.

318 stations / Length: 527 km (327 miles) / Annual ridership: 3.4 billion. Beijing was the first Chinese city to be equipped with a subway, in 1969. Beijing Subway is so busy that if the entire population of Sweden rode the Beijing subway in a single day, the traffic would still be lighter than on an average weekday. And it’s not all, by 2020 the total length of track will soar to 1,050 km (650 miles). The number of stations will also double, with the expansion of current lines and the opening of a half dozen new lines.

422 stations / Length: 375 km (233 miles) / Annual ridership: 1.75 billion. Though New Yorkers may complain about the subway, the New York City transit system is in fact one of the best in the world, thanks to its wide reach and the fact that it is one of the very few that offers 24 hours service. It has the largest number of stations in the world, making it the most extensive metro systems in the World.